The Japanese company is developing a new range of engines, called Skyactiv-X, which is set to replace the current Skyactiv-G range in 2019. They use compression ignition technology that has previously been used in diesel engines only. Mazda claims the results improve efficiency by up to 30% compared with its current petrol units, matching or even improving on its Skyactiv-D diesel range.

Mazda says this will enable Skyactiv-X engines to produce lower CO2 emissions than electric drivetrains from a ‘well to wheel’ perspective, which accounts for the whole lifecycle of a vehicle including the fuel needed to power it.

Mazda has been developing the new technology for several years, as first reported by Autocar in 2014.

Compression ignition technology has not yet been used on a mass-production scale in petrol engines. The system, called Spark Controlled Compression Ignition, mixes petrol and air together in the engine’s cylinder like a conventional spark ignition engine but then ignites it using compression at lower load or with a spark at higher loads.

This means that around half the volume of petrol is required for the same combustion level across most of the rev range.

Mazda R&D boss Kiyoshi Fujiwara, who has overseen the programme, said this “very lean air-fuel mixture that is too lean to combust by spark ignition [alone] can combust by this method cleanly and rapidly”.

Mazda has pursued this line of development because it believes spark ignition technology is reaching its peak. It also argues that although electric technology produces no tailpipe emissions, it is yet to represent a truly sustainable option on a global scale because much of the world’s electricity grids are still powered by fossil fuels.

Mazda will begin introducing electric technology to its range from 2019 but has stated that it will focus sales of these models in regions where sustainable energy is produced. It will continue to invest heavily in petrol technology beyond this point, citing a continued growth of combustion engine demand in other regions, such as developing economies.

Will it save petrol engines?
Matt Prior

The remarkable thing about Mazda’s tech, if it turns out to be the case in the real world rather than just in a laboratory, is that it’s ‘cleaner’, from start to finish, than an electric car, per mile driven. I’d have thought we have to be talking CO2 emissions in the 60g/km range to achieve that, but it’s feasible.

But still, long term, by which I mean decades, that won’t be enough to save the internal combustion engine, because legislators, one way or another, want an end to vehicle emissions in towns and cities — and internal combustion has no answer to that.

Governments will want the way their nation’s electricity is produced to get cleaner and cleaner, too. So although advances in internal combustion technology are brilliant — invaluable, even, over the next, say, two decades or so — the fossil-fuel engine is from now on chasing a vanishing target.

Any car maker or supplier involved in creating and distributing emissions cheat software has exhausted any sympathy from regulators. The target for tailpipe emissions has been set and it registers ‘zero’. We might not get there for 50 years, but the gun has been fired on the race to rid cars of internal combustion engines powered by fossil fuel. 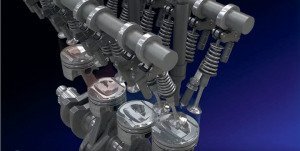 Delphi cylinder deactivation Car parts supplier Delphi has developed Dynamic Skip Fire (DSF) cylinder deactivation technology that can cut CO2 emissions in petrol engines by up to 15%. The system decides whether to fire or skip each cylinder before it fires. If a cylinder is skipped, the intake and exhaust valves are held closed by Delphi’s hardware. The system works by controlling the car’s spark ignition, so only petrol cars are compatible. The system will make production next year. 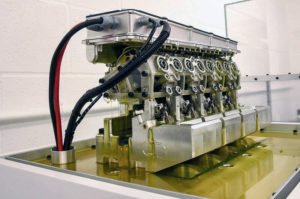 Camcon Automotive’s Intelligent Valve Actuation Technology firm Camcon Automotive has a revolutionary digital valvetrain drive system called Intelligent Valve Actuation (IVA). It’s claimed to give petrol engines the driveability and economy of diesels but with more benign emissions. IVA has been under development for the past six years, reaching a sufficient stage of maturity in bench tests for road trials to begin. IVA is now being offered to major manufacturers and component suppliers. 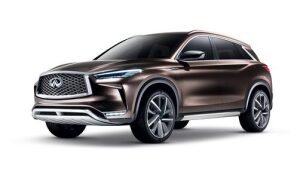 Infiniti’s VC-T Infiniti will become the first car maker to sell an engine with a variable compression ratio when its 2.0-litre VC-T unit goes on sale in the QX50 next year. The brand promises “diesel economy and V6 power and smoothness” from its new engine, which has two parallel fuel injection systems, one direct and one into the intake manifold. It can seamlessly alter the compression ratio from 8:1 (for high performance) to 14:1 (for high efficiency).