‘THE ITALIAN JOB’ MINIS
The three Mini Coopers in this 1969 Michael Caine film were many more, the crew getting through multiple examples. The madness was not so much the cars, although they were heavily strengthened and tuned, but the mad stunts performed with them OUTSPAN ORANGE MINI
Under this sphere of glassfibre is a Mini, or at least the mechanicals of one, the distance between the two subframes carrying powertrain and suspension easily reduced. Your reporter once felt foolish driving a giant, Mini-powered Duckhams oil can although not, sadly, one of these promo cars. Which it didn’t do to roll. LAMBO-DOOR MINI
It’s harder to mod moderns but here’s a neat Lambo door conversion for BMW-era Minis, should you wish to make a drama of ingress and egress. Most modern Mini mods are about more power and aero add-ons, but as the cars age, expect more madness. 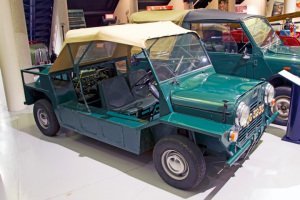 TWINI
A twin-engined Mini Moke, this experimental 4×4 almost made production, its abilities in the severe winter of 1963 encouraging a deluded BMC to believe that there might be a market. The engines weren’t mechanically linked, other than by an impossibly stiff gearchange that bound the two shifts together. 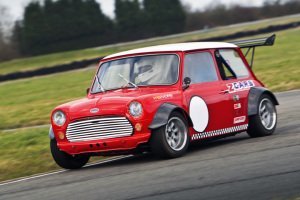 Latest version of Mini’s digital infotainment services interface will be available in all 2019 year make Mini models. The newest generation of Mini Connected with built-in 4G SIM technology is now in the 2019 Mini. […]

A weekend of adventure and adrenaline at Plaza Arkadia to experience the BMW X range  BMW Malaysia’s Choose Your World roadshow is taking place this weekend, 21 to 23 June 2019, at Desa Park City. […]