The 7th Mazda Charity Golf Tournament received support from 150 participants and raised a total of RM447,550.00 for the Mazda Medicare Fund (MMF)

Bermaz Motor hosted its 7th Mazda Charity Golf Tournament for the Mazda Medicare Fund (MMF) which aims to provide humanitarian aid and medical relief to under privileged people in Malaysia. The fund also actively supports charitable communities such as old folk’s homes and orphanages through financial aids and charity events.

The charity tournament was held at the Sultan Abdul Aziz Shah Golf & Country Club (SAASGCC) in Shah Alam and has received support from 150 participants. The event raised a total of RM447,550.00, thanks to the support of generous golfers, donors and sponsors. The proceeds of the funds will be distributed to the Mazda Medicare Fund (MMF).

The MMF was started in 2015, jointly manage with Prima Merdu Sdn Bhd and in collaboration with B. Braun Avitum Renal Services to provide life-saving haemodialysis treatment for end-stage renal disease (ESRD) patients with financial constraints. 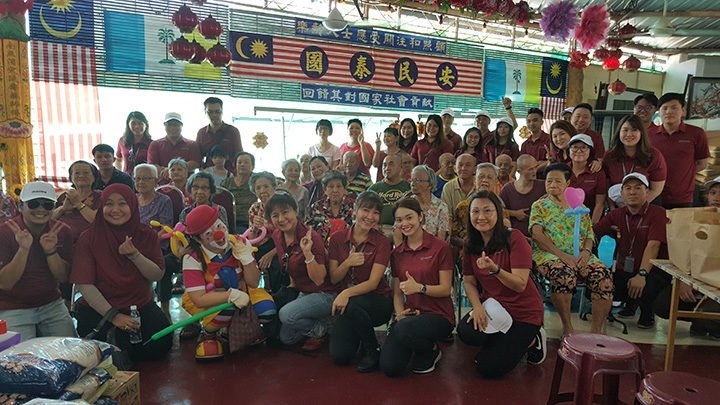 As of today, there are 12 B. Braun’s dialysis centres operating nationwide and eligible patients would receive subsidized haemodialysis treatments. Over the past 5 years, the MMF has contributed a total of RM2.4 million which have supported more than 176 patients throughout Malaysia.

The MMF Team consists of volunteers within the Bermaz organization; therefore, there are no additional costs involved in MMF’s operations. This will allow all donations received to go where it really matters – to the people in need.

In addition, Bermaz has also introduced the Mazda Privilege Card (MPC) in 2018 which is a tie-in programme with MMF whereby all sign-up fees will serve as funds donated by Mazda Owners. The introduction of MPC has been well received with heart-warming support for its noble cause.

Aside from contributing to the society, owners of the MPC can also enjoy a 15% discount on Mazda genuine spare parts and official merchandise, along with a 5% discount on labour charges which is applicable at Mazda showrooms and aftersales service centres operated by Bermaz Motor and Prima Merdu.

Donations to the MMF have since continued to increase rapidly thanks to the benevolent contributions of social responsibility conscious Mazda Owners who continues to engage with Bermaz Motor through various charitable programmes.

The Mazda CX-8 price range from RM180k for 2WD petrol variants, 4WD diesel at RM218k The official price of the Mazda CX-8 range has been announced a month after the factory roll-out of the six-seater […]