On Monday 26 August, Day 2, The Last Overland expedition was in Kuala Lumpur and Land Rover owners and enthusiasts gathered at TPCKL to meet the team. Unfortunately, Tim Slessor, 87, one of the six men who made the original 16,000 kilometre drive in 1955, was hospitalised just before they departed from Singapore. He will join the team when he recovers. Send Tim Slessor your best wishes for a speedy recovery with #GetWellTim! Get well soon, sir!

The story of the six young men of the Oxford & Cambridge Far Eastern Expedition and the two Land Rover Series 1s, named Oxford and Cambridge, is well-documented. The BBC made three films about it and there was also a book, The First Overland authored by Tim Slessor.

Less well-known is the fate of the two Land Rovers after Singapore. On a trek in the Middle East, Cambridge (SNX 761) went into a ravine and is presumed lost. Oxford went on an expedition to Ascension Island and was later taken to St Helena where Adam Bennett found it in 2017, being used as a chicken coop. He bartered a Land Rover Defender 300Tdi in exchange and shipped Oxford back to England where he restored and refurbished it. He then presented Oxford to Tim and Alex Bescoby for the Last Overland mission.

We met the Last Overland team in Kuala Lumpur, minus Adam Bennett and Tim Slessor, as they passed through. Here are 10 things we learnt about this expedition:

From Kuala Lumpur, the Last Overland convoy set off for Cameron Highlands, where a large number of Series 1, 2 and 3 Land Rovers are still in daily use. Then it’s Penang and the rest of the world.

Although we had unrestricted access to Oxford for photography, we did not take any photos of the interior. The windows were open but too high for the photographer to stick a camera in and we were scared to open the doors in case we pulled something off and caused a delay. It was, after all, only Day 2. 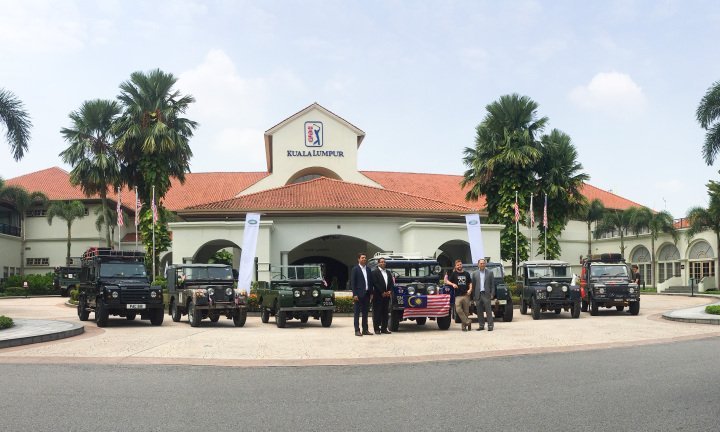 The Last Overland: Land Rover Series 1 flags off from Singapore to London