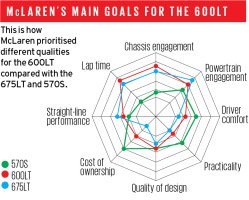 The 600LT, the most hardcore model yet from McLaren’s entry-level Sports Series range, can beat its higher-ranking sibling, the 675LT, on lap times at certain circuits, according to the Woking-based car maker.

Although its straight-line performance does not quite match the 675LT’s, it is “a margin faster” on some tracks. That is largely due to cornering speeds, which are claimed to exceed those of the 675LT, thanks in part to bespoke Pirelli P Zero Trofeo R tyres.

The 600LT was revealed late last month ahead of its Goodwood Festival of Speed debut and now McLaren has announced more details, including highly anticipated performance figures.

The £185,500 limited-edition model will be followed by a Spider version in 2019, McLaren has confirmed. 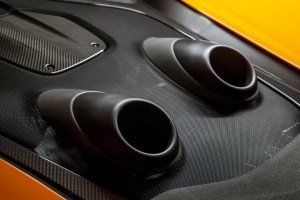 At its lightest, the 600LT has a dry weight of 1247kg and is 100kg lighter than the 570S when optional super-lightweight seats – carried down from the Senna hypercar – are fitted.

Goddard said: “The car loses some practicality to lose weight. For example, there’s no glovebox. But the model can still be used every day.”

Another example of that is the door bins, which have been replaced by netting. 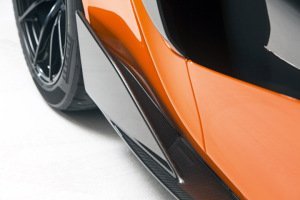 Aerodynamics are aided by a new front splitter and side splitter, extended rear diffuser, fixed rear wing and a carbonfibre floor with integrated brake ducts.

The top-exit exhausts also contribute to better aero. The suspension is lowered by 8mm and there is a widened track.

The result is increased downforce, with the 600LT producing 100kg of downforce at 155mph, with a 40/60 front/rear split. To get the most out of the 600LT on track, McLaren has made some adjustments to the standard Sports Series models’ suspension. The 600LT uses forged aluminium double wishbones, stiffer hollow anti-roll bars and recalibrated dual-valve dampers. Goddard said the focus was “on low-speed agility and high-speed stability”.

McLaren also claims “phenomenal stopping power and precise pedal feel” from the 600LT. It uses lightweight calipers and carbonfibre brake discs from the 720S and a Senna-inspired brake booster.

Goddard said: “So we could have high agility and increase the steering ratio, the rear end is very strong. The tyres are important too.

“The 600LT has the same effect – and more – as the 675LT on track. You come out of the first corner smiling. But in normal mode, you can comfortably drive on UK roads. It feels like something special.”

Q&A Darren Goddard, sports series Vehicle Line Director
Who is buying the 600LT?
“People who want one of every McLaren ever built. There are existing customers who have a Super Series and a Sports Series already and now want one of these. And, of course, conquest customers. It’s region-specific, though. In the Middle East, buyers would probably deem the 600LT  to be too cheap.” 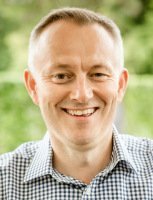 This is the final hurrah for the current-generation 570, right?
“We’re where we need to be in the model’s five-year life cycle. We’re entering the final 12 to 18 months of its life. The [600LT] Spider will be the very last model, though. And some people have ordered one-off Sports Series models through McLaren Special Operations.”

How far along is work on the 600LT Spider?
“It is well into development. In fact, it’s very close to where we are with the standard 600LT. The majority of its components are in common with the 600LT [coupé] – other than the roof, obviously. It’s testing on track right now.”