Mercedes-Benz’s upmarket Maybach sub-brand is preparing to extend its line-up beyond the S-Class with a plush range-topping version of the upcoming third-generation GLS (formerly GL).

Maybach is considered an important brand for Mercedes to develop given the rising demand for luxury models, particularly in the SUV sector, with rivals such as Bentley and Land Rover having notable success with their respective Bentayga and Range Rover.

Mercedes has also seen strong growth from its AMG performance arm, which achieved 131,970 sales in 2017, and it would like to emulate this success with Maybach on a smaller but profitable scale.

The SUV, which was reported to be on the cards by Autocar in 2016, is set to make its debut as a lightly veiled concept car at the Beijing motor show in April. It will then be revealed in production guise at the Los Angeles motor show in November. The car is tipped to be priced above £120,000 when sales begin in 2019.

The new Maybach SUV will share the same basic aluminium and steel bodyshell and advanced four-wheel-drive underpinnings as less heavily specified versions of the new GLS. However, Autocar has been told its upmarket positioning will be underlined by a series of subtle exterior design tweaks and a significantly more luxurious interior than standard versions of the US-built SUV.

Insiders involved in the development of the Mercedes-Maybach concept car, known internally as the Maybach 9, say it will not only preview the look of the new model, with a bold new grille among the elements aiming to provide it with added exclusivity, but will also highlight the sort of upmarket features, including autonomous driving functions, to be offered on the production version of the SUV.

A high-level official told Autocar: “We have been quietly surprised by the sales success of the Mercedes-Maybach S-Class, which is proving extremely popular in many key markets. The plan now is to extend the exclusivity surrounding the Maybach name into the upper end of the SUV segment. We’re confident this new model will leave little to be desired in terms of luxury.”

The basis for the new GLS is Mercedes-Benz’s MHA (Modular High Architecture) platform. A development of the existing MRA platform, it is intended to underpin a series of new models, including the new GLE and GLE Coupé. It provides a significant reduction in kerb weight, the capability to support a 48V electrical architecture and the very latest in radar, camera and sensor-supported driving functions.

The Maybach-badged GLS is likely to be offered exclusively with the Mercedes-AMG-developed M177 V8 petrol engine. In the recently launched S560, this twin-turbo 4.0-litre V8 produces 462bhp, setting up the possibility of the new model being called GLS 560 for production.

The new engine, which features a cylinder-shutdown function for added fuel savings in city driving, will replace the twin-turbo 4.7-litre V8 used by today’s GLS 500.

Also under discussion for the new Mercedes-Maybach model is the plug-in petrol-electric drivetrain recently unveiled in the S560e. It combines Mercedes’ new turbocharged and electronic supercharged 3.0-litre in-line six-cylinder petrol engine, developing 362bhp, with a 121bhp electric motor. In the new GLS, it is claimed to use a lithium ion battery for a pure-electric range of up to 31 miles.

With the GLS produced exclusively at Mercedes’ Tuscaloosa plant in Alabama, the luxury SUV will be the first Maybach model to be produced in the US.

As well as providing stiff competition to the Bentayga, the Maybach GLS has also been conceived as a rival to the likes of the Rolls-Royce Cullinan and Range Rover SVAutobiography.

Meanwhile, Mercedes-Maybach is planning to launch an upgraded version of the S560 at the Geneva motor show in March. Among the changes planned for the saloon is a newly designed grille that will set the tone for all future Maybach-badged models.
GREG KABLE

MAYBACH HAS A LOT TO PROVE
Rachel Burgess

Historically, one of Maybach’s weak points has been tasteless, unremarkable styling. Recent, pretty concepts, the Maybach 6 coupé and cabriolet, show scope for something far better but, given the Maybach 9 is likely to be a mildly altered version of the standard GLS, it’s unlikely to win over those looking for a luxury SUV that stands out.

Although it makes sense for Mercedes to branch out into the ultra-high end, it has plenty to prove before gaining the credibility of a Bentley Bentayga or Range Rover. Good engineering is hopefully a given but, even so, affluent consumers will need to be convinced that this car will have the edge over its rivals, many of which possess greater badge appeal.

WHAT THE MAYBACH GLS MUST BEAT 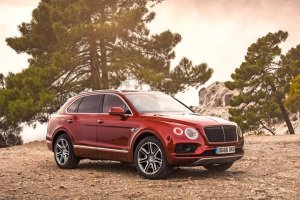 Bentley Bentayga
Bentley got there first with its Bentayga, which has been a major lifeline for the brand. A 4.0-litre V8 diesel has gone down well alongside the W12 and a hybrid arrives this year. 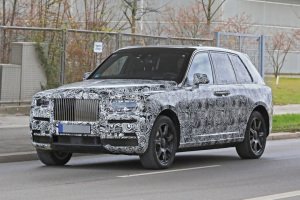 Rolls-Royce Cullinan
The Cullinan (its name has yet to be finalised) arrives this year. Rolls’ first four-wheel drive shares its architecture and 6.75-litre V12 with the new Phantom.

Lamborghini Urus
The 641bhp Urus, on the roads in spring, is expected to double Lamborghini’s sales to 7000. The firm insists it is a high-performance car and achieves 0-62mph in 3.6sec.