Car makers are ramping up their efforts to ensure they are ready for the roll-out of tougher new emissions tests, which must be undertaken by all new cars from 1 September.

After that date, the Worldwide Harmonised Light Vehicle Test Procedure (WLTP) will apply to all new type approvals for cars. The test is designed to be more reflective of real-world driving than the outgoing New European Driving Cycle (NEDC). It will be complemented by a second test called Real Driving Emissions (RDE), which will be compulsory by 2021 and include on-road driving, rather than solely relying on test laboratory assessments.

Many car makers are already adjusting the stated CO2 figures of the models they sell to reflect WLTP. Also, since every model variant has to go through the WLTP test, many are simplifying their ranges.

There is also a push to sell cars that have only been approved under the outgoing NEDC test before September. After that date, only a small percentage of cars approved under the old regime will be allowed to be sold for another 12 months. This is expected to be 5% or 10% of a car maker’s overall sales but has yet to be confirmed by the government.

We spoke to a number of industry bosses to gauge how prepared they are for WLTP. 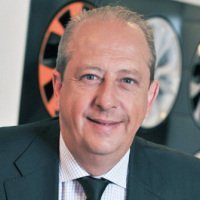 “WLTP will not affect our business. We are [already] publishing our real-world fuel economy results with [French non-governmental organisations] Transport and Environment and France Nature Environnement. There is no interference from PSA. You will see performance is outstanding for engine efficiency. I’m confident we’ll be fully on track against the best competitors.” “We will go to single-type approval  [process for low-volume car makers] for our cars. We have a six-month lead time on our cars, so we don’t have the flexibility to cope with such strict measures. We should be back to where we need to be by the end of the year.” 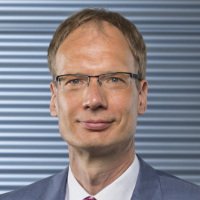 “The WLTP is a change we have to deal with. As a company, we pursued a policy of transparency early on and anything that adds incrementally to that openness is a good thing. I don’t see WLTP as a big deal. It is extra work, but that’s the job we have to do – it has been agreed so we need to get on with it without complaining.” “The problem is not having the technical solutions but what you have to have before [certification]. By 1 September, everything needs to be fixed, done and certified. That’s all of our portfolio, and our portfolio is big. We’re not prepared for new certification for all of our cars in one year, with access to test benches, equipment, wind tunnels and so on, and it’s the same for our suppliers.

Now it’s all in a couple of months. We need more time, more test benches, more people at the [test] authorities.

“Some engines will not be available for two months or so. We have solutions but not the tests available. So in some cars, we will not have all the engines. Technically, there is no problem.” “The expectation is a challenge. Today you have to get many more vehicles through than in the past, [including] specific versions with specific options.

“It’s a challenge for us to prepare [for it], but the authorities are only prepared to do the tests to a certain extent. It’s stuck in a bottleneck and the [WLTP] marker doesn’t wait. We don’t complain – we need solutions.” “We have a challenge. For example, Jazz is sourced in Japan. We’ve got to sell all of our old-model Jazz before September because they will not be type-approved, other than a small percentage which will be allowed. There’s also a small change for powertrains in all of our cars before September to optimise performance against WLTP. We’re prepared for it.” “We are investing a great deal of effort in the change to WLTP. Customers profit from the new standard because it is more realistic in consumption. At Skoda, it’s a major effort this year. It will also impact the availability of some of our products in European markets.”