Ford Chairman’s Award is presented for Leaders in Customer Satisfaction

Sime Darby Auto Connexion was recognised at the Ford annual Chairman’s Award. The Award honours Ford distributers who lead in Customer Satisfaction and promote trust in the Ford Brand, from the customers’ view point (CVP)

There were 18 President’s awards titles, and six Chairman’s winners

The Al Tayer Motors in the UAE and Oceanic Motors in the Seychelles also scored highly in both categories and won trophies in both Chairman’s and President’s Awards. SCAMA in Morocco won a Chairman’s Award for the ninth time. 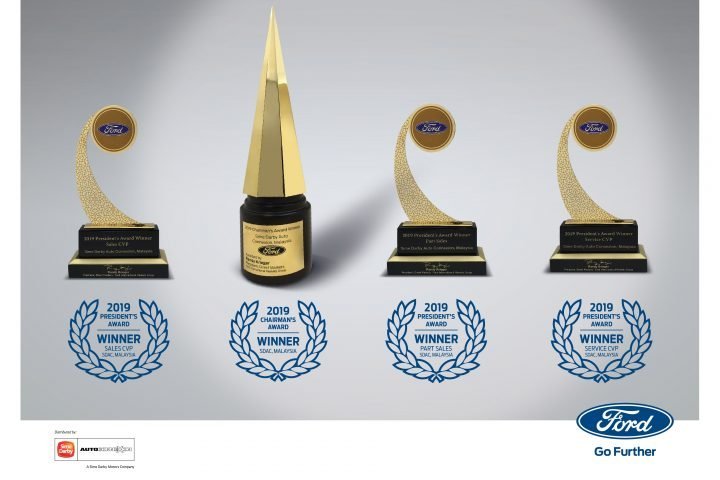 Also two extended warranty plans for existing Ford Ranger owners The Ford Ranger now comes with five years manufacturer’s warranty or 160,000km, which ever comes first. This is an additional two years from the three […]