To be delivered to customers in March 2020 to Europe, and expand sales to North America in August, and to Japan/Asia in October.

The saying “Race on Sunday, sell on Monday” still applies much in this day and age. And whenever a new car is launched, chances are, the racing version would come after (or before if the car designed to race in the first place).

Toyota Gazoo Racing, the performance arm of Toyota Motor Corporation says that it will start selling the Toyota GR Supra GT4. Customer teams will get theirs from March 2020 to Europe, North America in August, then to Japan and Asia in October. 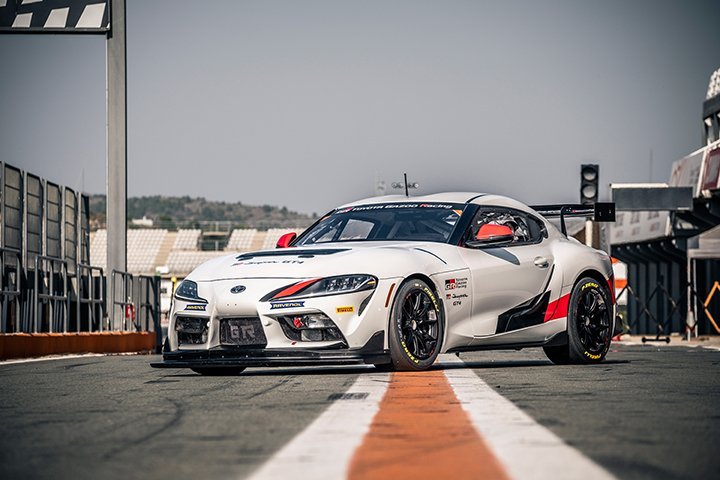 The GT4 category is basically the least powerful class after GT3 yet equalised (Balance of Performance) to allow the driver’s skill to become key. And making GT racing much more affordable relative to the upper classes.

This makes Toyota the 13th manufacturer to offer a GT4 car to customers, and the only Japanese brand to do so in which the brands in the GT4 category are mostly European.

Just like the road-going version, the GR Supra GT4 is powered by the BMW-sourced three-litre in-line six-cylinder engine with a single twin-scroll turbocharger. It’s tuned up to 430 hp (may differ depending on the series’ BOP) and mated to a 7-speed sports automatic transmission with paddle shift and the mechanical limited-slip differential driving the rear wheels.

Part of the racing package is an Akrapovič exhaust system will be fitted and Ravenol will provide first-fill lubricants.

To keep costs low, the Toyota GR Supra GT4 is fitted with a front splitter and rear wing made of natural fibre composite. As per the GT4 regulations, the front MacPherson strut, and the rear multilink suspension is the same as the road-going version albeit fitted with KW racing dampers.

However, the brakes are uprated to six-piston callipers front and four-piston at the rear biting large 390mm front and 355mm rear ventilated steel brake discs, while fitted with Pirelli tyres.

In today’s racing, safety is paramount; the interior of the GR Supra GT4 is fitted with a high-strength roll cage and an FIA-standard racing seat with a six-point harness. And features a carbon fibre instrumental panel with a display and steering wheel specifically designed for GT4 competition.

Also, the race car does also comes with optional extras such as a rearview camera and homologated endurance package for teams to race the GR Supra GT4 in endurance races.

If the Vellfire isn’t big enough, then Toyota’s upcoming GranAce will take eight in the lap of luxury. There’s no doubt that many current Toyota Alphard and Vellfire owners get theirs through grey imports. And […]

UMW Toyota Motor has no plans to increase CKD prices