The fifth-generation Toyota GR Supra made its official debut in Malaysia starting from RM568,000

The Supra nameplate has made its comeback after 17 years since the departure of the fourth-generation A80 in 2002. Now called the GR Supra, Toyota has placed its GR or Gazoo Racing logo to note that the Toyota GR Supra is a product of Toyota’s performance and motorsports division. Now available in Malaysia from RM568,000, the Toyota GR Supra is available only in the GTS trim.

Besides the introduction of Toyota’s newest two-door sportscar in Malaysia, the GR Garage is making its appearance in Malaysia. Selected authorised dealers will set up a “Shop in Shop” concept to sell GR products from the GR Supra halo model, high-performance products and merchandises. There will be three outlets in the Klang Valley and one each in the North and South regions. 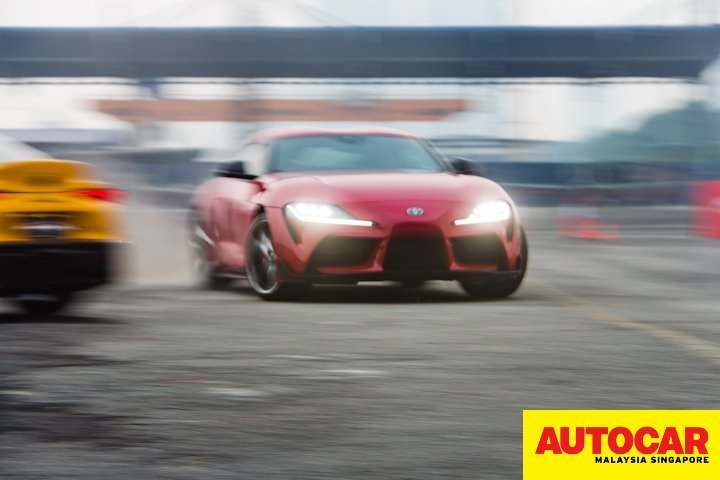 Being the second two-door sports car after the GT-86 launched in this decade, the A90 Toyota GR Supra is not only the first to be developed under Toyota’s motorsports arm, but it’s a joint project with BMW as first announced in 2012. The reason behind this; it would take Toyota much longer and expensive to develop an all-new drivetrain considering that to re-tool everything just to make an in-line six isn’t worthwhile, and down to packaging.

Although the new-generation Supra has been the talk of social media and internet forums regarding badge purity, its good to know that Toyota is making motoring exciting once again. 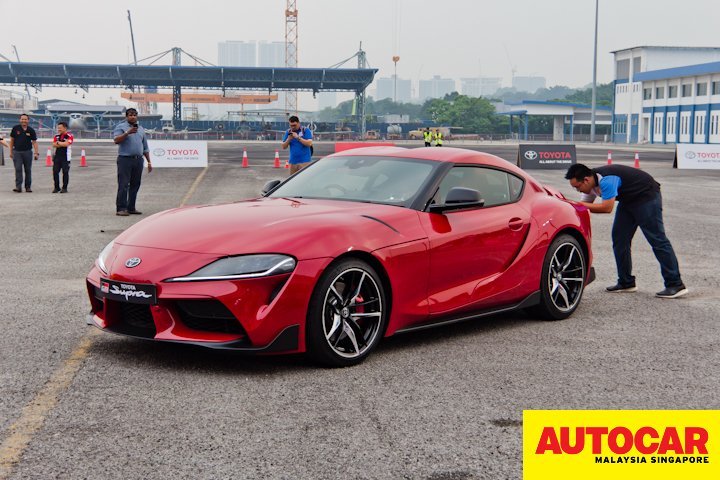 The A90 Supra hasn’t grown any bigger than the old car. In fact, it’s a little shorter, wider and taller. 141 mm shorter, 44mm wider and 19mm taller, to be exact. In terms of styling, some may love it, some may loathe it, but it’s good to see the final product keeping true to the 2014 FT-1 concept car. When it comes to the adaptive frontward illumination, braking, signal indicators and reverse lights are all powered by LEDs. The daytime running lamps in front are LED as well and do double duty as turn signal indicators.

For a car at this calibre, the interior refinement is not to Toyota’s bread and butter offerings. The interior is premium with soft-touch surfaces and clad in soft leather. Both front seats are 8-way power adjustable with 4-way power lumbar support and backrest width adjustable. Only the driver side gets the memory function of two presets. The front passenger seat, however, gets ISOFIX anchor points as standard. 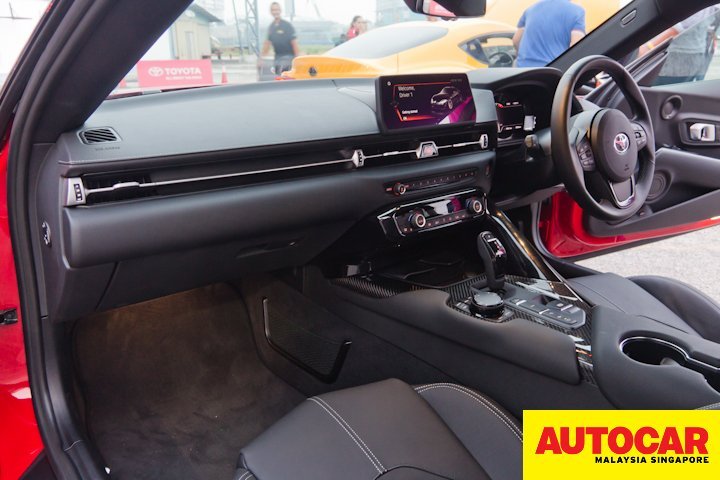 Eagle-eyed readers will notice that many of the switchgear is borrowed from BMW’s parts bin, albeit not from the current models like the new Z4.  Likewise, the infotainment software and iDrive control are BMW-sourced as well. However, the dashboard, centre console and door cards are unique to the GR Supra.

Other neat features inside include:

The Toyota A90 Supra Powertrain

Powering the A90 Supra is a BMW-sourced B58B30C direct-injection in-line 6-cylinder, 24-valve DOHC. Aspiration is forced fed via a twin-scroll turbocharger. This one makes 335 Hp at 5,000 – 6,000 Rpm and 500Nm of torque at 1,600 – 4,500 rpm. Mated to it is an 8-Speed ZF gearbox which sends power to the rear wheels. Keeping both rear wheels from having overly unequal rotating speed is an electronically controlled limited-slip differential (LSD).

Performance figures, Toyota claims that the GR Supra is able to sprint from nought to centennial in 4.3 seconds. Top speed, electronically limited to 250 Km/h.

Suspending the Toyota sportscar above ground are double-jointed MacPherson struts and rear multi-link suspension. Body roll is contained with stabiliser bars fitted to the front and rear suspension. Although underneath is mostly BMW, Toyota said that they have led the development right from the start particularly its chassis. With its 50:50 weight distribution, the GR Supra also comes with adaptive suspension as well as a reduction of intervention from the electronic aids. 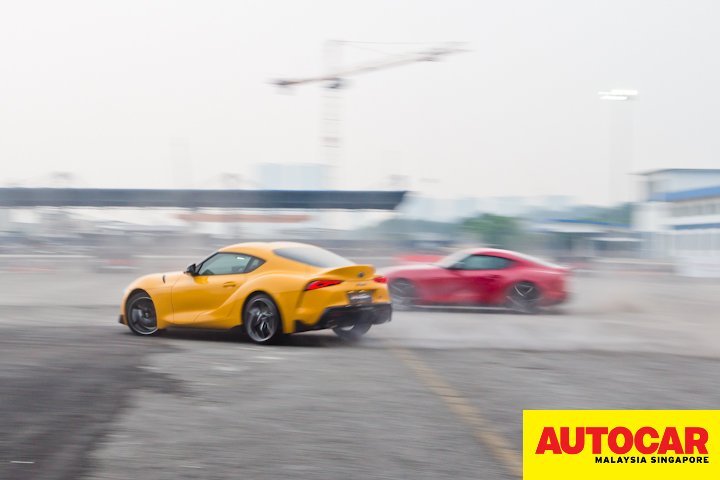 Stopping power comes from 348mm front ventilated steel discs with a 4-piston fixed calliper and 330mm rear ventilated steel discs with a 1-piston floating calliper. The Toyota GR Supra comes with staggered wheel setup which it’s fitted with 255/35 ZR19 and 275/35 ZR19 forged alloy wheels front and rear respectively. With a small boot space, the A90 only comes with a tyre repair kit.