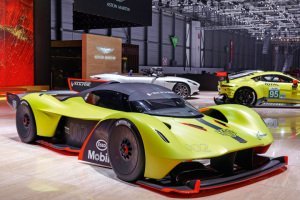 The Valkyrie road car will spawn a track-only variant under Aston’s new AMR Pro performance sub-brand for its most extreme models. Even more powerful than the Valkyrie on which it is based, the AMR Pro has been made even lighter still and has a target weight of just 1000kg. Only 25 examples are planned to be built of the car that Aston boss Andy Palmer says has “truly mind-bending” performance. 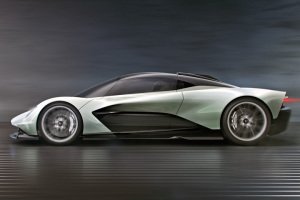 Previously known as ‘Son of Valkyrie’, AM-RB 003 is a star in its own right. Like the Valkyrie, it uses a carbonfibre tub but will draw its power from a hybrid set-up with an Aston-designed, developed and built twin-turbo V6 at its heart. Greater usability over the Valkyrie is planned. A bid for outright victory at the Le Mans 24 Hours is also possible thanks to a new-for-2020 hypercar-inspired rulebook. 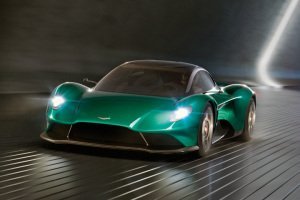 Its three mid-engined big brothers will be limited-run cars, but the Vanquish will be a series-production model in the ‘mainstream’ supercar segment. It will be based around a new bonded aluminium tub and use the V6 also destined for AM-RB 003. Rivals will be next-generation versions of the likes of the McLaren 720S and the new Ferrari F8 Tributo.