Henrik Fisker wants to make “non-conformist and extreme” EVs. He laid out his vision for the future

Henrik Fisker believes that the huge changes to the car industry brought on by autonomous and electrified machines will create a window of opportunity for start-up firms to thrive.

“The sense of opportunity lies in having a menu of mobility options,” he told Autocar. “There are going to be new car segments that nobody has thought about and some of the traditional companies are too slow to react. Some will lose their traditional customers who’ve been sitting on the fence and in the next two or three years will say: ‘I’m going to try one of those new car companies because they seem like they know what they’re doing, they’re doing electric and they’re cool’.”

That’s why the former BMW and Aston Martin designer is again trying to establish his own electric car company, less than four years after the collapse of his short-lived previous venture (see below). Fisker said that, to compete, any new firm will require a “stellar product” – different to those offered by traditional car makers – and believes he’s working on three.

There’s the Orbit, a self-driving city shuttle, due later this year and conceived because “there wasn’t an autonomous shuttle I wanted to get into, and I thought I’d need to get in one eventually, so I needed to make a cool-looking one”.

There’ll be new segments nobody has thought about. Some traditional companies are too slow to react

Then there’s the recently revealed EMotion, conceived as a low-volume luxury model. “I set myself a challenge,” said Fisker. “How to do you redefine the most difficult car segment, the luxury saloon? It’s the most difficult to reimagine because it’s so traditional.”

Fisker is also working on a third model, a yet-to-be-revealed mass-market model that will cost around $40,000 (£29,000). Fisker denied that launching three such diverse products could stretch his small firm too thinly. “In the future, people are going to choose a mobility device that is the best [suited] for the trip they’re doing that day,” he said. “It could be an electric bike or your own car, somebody else’s car or a shuttle.

“I don’t think the old ideal, where somebody says ‘we’re only going to make sports cars; that’s our brand’ is going to work in the future. People will have four or five mobility devices and, if they like your brand, you should be able to service them in all those areas.”

The Fisker brand, according to its founder, will be “non-conformist, out there and extreme”, with a focus on beauty and technology. Fisker said that’s demonstrated by the electric EMotion’s design, which is distinct from the luxury saloons it will rival and inspired more by high-end homes than other cars (and, because Fisker wanted to be “a bit crazy”, it features ‘butterfly’ doors).

While it will likely launch with lithium ion batteries, the EMotion has also been conceived to use solid state batteries that Fisker’s team is developing – and which he believes could give his firm a major edge. The company displayed a prototype of its bulk solid state battery at this year’s Consumer Electronics Show, and Fisker says the challenge isn’t refining the technology – “we’ve proven it works” – but scaling up the supply chain. He aims to have an EMotion with a solid state battery running next year, and is hoping to supply the tech to consumer electronics producers before introducing it to his cars in 2020.

Fisker is adamant the battery tech fitted to the Orbit and EMotion at launch will be fully proven. That’s shaped by the failure of his previous venture Fisker Automotive. That experience showed the challenge of a small firm scaling up production – an issue that’s also affected Tesla with the Model 3 recently. Fisker said that many people “underestimate how difficult it is to scale up a car company”.

This time round, his solution is working with partners who will help him scale up “in a high-quality manner”. While light on any specifics of what will set his firm apart, Fisker added: “We will announce partners that will explain how we’re doing it differently from everyone else. Some, when we reveal them, will make people go: ‘So that’s how they do it’.”

According to Fisker, the low-volume EMotion will be a different proposition from his old firm’s first model, the Karma, which was conceived as a higher-volume machine.

Fisker says he will announce manufacturing plans, probably at an existing facility in the US, later this year. He said: “We’re not in a hurry, like some other car start-ups, to go out and build a big factory.”
JAMES ATTWOOD

GOOD KARMA? HENRIK FISKER’S PAST DEEDS
After spells at BMW, Aston Martin and Ford, in 2005 Henrik Fisker set up his first firm, Fisker Coachbuild, to produce limited-run reworkings of other models. It also did design work for other firms including Tesla and its Model S in 2007.

That year, Fisker formed his own electric car company, Fisker Automotive, launching the Karma sports car a year later. The firm was sued by Tesla, which claimed Fisker stole the its ideas; the suit was settled in Fisker’s favour.

In 2011, there was a recall of the A123 Systems batteries Fisker was using for the Karma. A second recall the following year put A123 Systems into administration, shortly before a shipment of 282 Karmas at a port in New Jersey were destroyed by Hurricane Sandy.

Fisker left the company in March 2013; it filed for bankruptcy in November that year, with the assets eventually being acquired by the Chinese Wanxiang Group. The group founded Karma Automotive, which today produces the Karma Revero, a development of Fisker’s model. 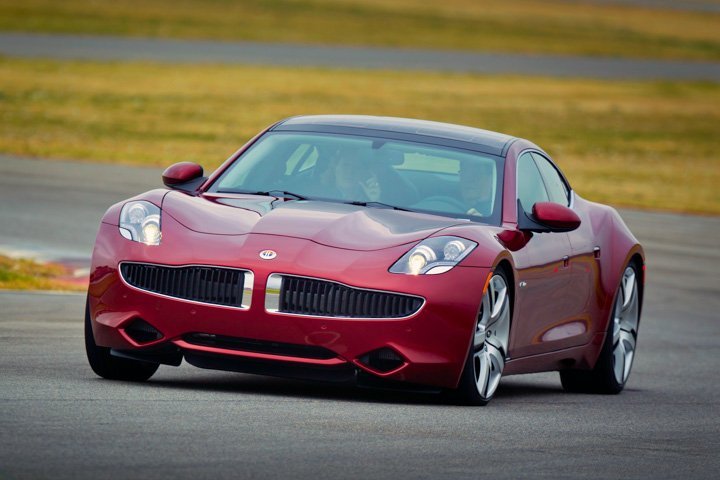