The EV Start-Ups
China’s commitment to be a leader in electric vehicles has opened the floodgates to a whole host of start-up brands, many well-funded and international outfits with an increasingly talented staff poached from established car makers. Here are some of the ones to watch.

Aiways plans to reveal a luxury sports car concept based on the company’s MAS electric vehicle platform at the 2018 Beijing motor show ahead of 2019 sales. It has a claimed $2.2 billion (£1.55bn) in initial funding and is partnering with Bosch and Siemens, among others.

Financing details remain scarce, though Bordrin is claimed to possess up to $1.6 billion (£1.13bn) in initial investment from the Nanjing government. It is fronted by former Ford engineer Huang Ximing and has facilities in Munich and Detroit, as well as in China. Ex-Mini designer Gert Hildebrand heads design. Byton is headed by the former boss of BMW’s i division, Carsten Breitfeld, and has attracted substantial funding from a number of prominent Chinese companies. Its first model is a large SUV due in 2019. Ex-Alpine chief engineer David Twohig is leading the car’s development.

Dialev raised a claimed $750 million (£530m) in a first round of investment. It plans six models by 2023, the first an SUV that will be revealed at the Beijing motor show. Dialev has a factory with capacity of up to 50,000 cars a year. 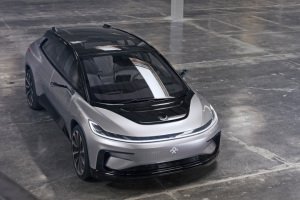 Having burst onto the scene in a blaze of publicity in 2014, Faraday has endured a troubled start to life owing to financing difficulties. The company has scrapped plans for a $1 billion (£705m) factory to be built near Las Vegas, but now says it has $1.5bn (£1.06bn) in capital from an unnamed Hong Kong-based investor that will allow its first model to enter production.

Hozon plans to begin production of its first production model, a 4230mm-long SUV based on the company’s E-Take concept car, at a new stand-alone factory with an annual capacity of up to 50,000 cars in 2019. The brand has close ties to a number of government-run research institutes. 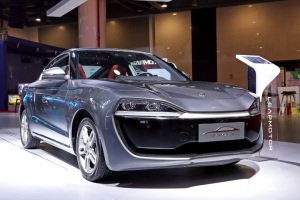 Production of Leap’s first model, a small coupé called the S01, is planned to kick off at a new $395 million (£280m) factory later this year. Capacity is due to reach 50,000 units during the first year, rising to 250,000 when the plant is fully established. San Francisco-based and China-funded, Lucid has been steadily developing its first model, the Air, for several years. It is due to reach production in 2019 as a high-performance, 1000bhp-plus Tesla Model S rival. The car has already topped 235mph in testing. 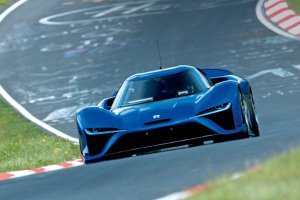 Under its original name, NextEV, the company gained an immediate profile as the winner of the inaugural Formula E drivers’ championship in 2015. Well funded, it has already created the EP9 electric supercar that set the Nürburgring lap record. NIO plans three mass-production cars by 2020.

Qiantu plans to launch a range of electric vehicles for sale in China and key global markets, including Europe and North America. Its first proposed production car, the carbonfibre-bodied K50, is to be revealed at the upcoming Beijing motor show (25 April).

Although much of its operations are shrouded in secrecy, Singulato is claimed to have established an engineering partnership with Japanese automotive specialist GLM. It has also announced plans to build a production plant with a capacity of 200,000 by 2020.

Weltmeister plans to establish an initial three-tier line-up of models, starting with a Tesla Model X-rivalling SUV that’s due on sale this month. Funding for the new Chinese car maker has come from a number of high-profile companies.

With financing from some of China’s largest corporations, including Foxconn and Alibaba, Xiaopeng has developed a new pure-electric SUV called the G3, which it unveiled at the Consumer Electronics Show in January. It aims to kick off production and sales in 2018, and up to four more models are in the pipeline.

Based in Shanghai, Youxia revealed a concept of its first production car, a low-slung saloon styled along similar lines to the Tesla Model S called the X, in 2015. With claimed capital of $1.9 billion (£1.34bn) raised in two rounds of financing to date, Youxia plans production in 2019.

THE HOME-GROWN EV MAKERS
By 2025, China wants a fifth of all its car sales to be electric. It’s why domestic car makers are rushing behind the technology not just under their own badges but under new companies, sensing an opportunity to become world leaders in what is still technology in its infancy. Here are some of the new brands to emerge from established Chinese car makers. 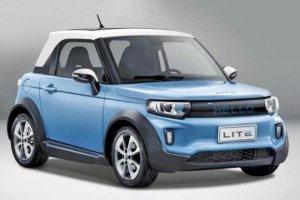 Arcfox is a subsidiary of Beijing Electric Vehicle, itself an offshoot of BAIC. The Lite, its first model, is a two-seat city car, styled by a team led by former Volkswagen design boss Walter de Silva. Further models are planned, including a supercar.

BingGo was established by Tianjin-Xiali, a subsidiary of First Automobile Works (FAW). Details remain scarce ahead of an official launch for the brand, though reports suggest its first model will be based on the existing Levdeo E60 hatchback. Denza is an electric joint venture between Daimler and BYD. Its first model, based on the first-gen Mercedes-Benz B-Class, went into low-volume production in 2014. After a $76 million (£54m) injection from both BYD and Daimler in 2017, Denza now plans to roll out other electric models.

ORA is a subsidiary of Great Wall. Planned to be launched at the Beijing motor show this month, it is set to offer a range of both pure electric and plug-in petrol-electric hybrid models. ORA’s first one is a five-seat crossover called the iQ5.

Yudo (known in China as Yundu) was created as a joint venture between multiple car makers and investment firms. It unveiled its first two electric SUVs this year, and has made waves by announcing an electric vehicle buyback incentive scheme that will offer a 50% refund to customers who trade in used Yudos that are fewer than three years old and have travelled no more than 60,000 kilometres (37,000 miles).

Zinoro is run in a joint venture between BMW and Brilliance. Its initial production model, the 1E, was based on the first-generation BMW X1 as an electric vehicle. Zinoro has since made a plug-in hybrid version of the second-generation X1, named the 60H.