The order books for the 2020 Toyota Hilux have opened. There is a new variant, a Double Cab 2.4 E A/T and changes to the line-up:

The base variants get new designs for the 17-inch and 18-inch alloy wheels. They also get a new meter design with additional information on the Multi Information Display (MID).

Bookings can be made at the nearest authorised Toyota showroom or online at toyota.com.my or calling the Toyota FREEPHONE 1-800-88-TOYOTA (869682) 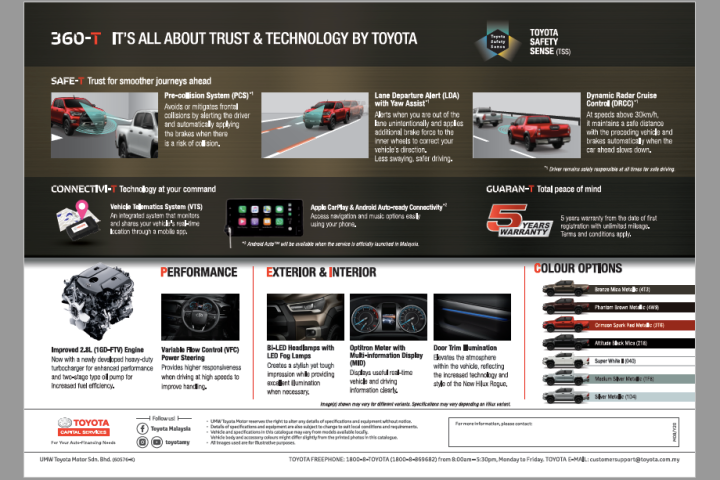 Mitsubishi Triton sales up despite 21 per cent truck market decline

UMWT temporarily ceases operations and TGR Festival will be cancelled

UMW Toyota Motor has announced that its business operations will be put on pause to comply with the Government’s Movement Control Order, and the Season 3 Round 4 TGR Festival will be cancelled. UMW Toyota […]