Compared vis-a-vis with its predecessor, the 2020 Audi A3 Sedan measures 4 cm longer at 4.50 metres, while its wheelbase remains unchanged at 2.63 metres. The width has increased by 2 centimetres to 1.82 metres and it is now 1 centimetre taller at 1.43 meters. Moreover, the Audi A3 Sedan is 15 centimetres longer than the Sportback variant.

This has yielded an increase of 2 centimetres of headroom in the front thanks to the lower position of the driver seat, while the increased width, Audi says, allowed some more elbow room. Besides the wheelbase, the boot capacity still remains at 425 litres as in the predecessor model.

Like on the Audi A3 Sportback, the Sedan comes with Audi’s new signature downward trapezoidal headlamps with Matrix LED technology. Housed in them are new digital daytime running lamps consisting of a pixel array made up of 15 LED segments that can be actuated individually. Audi says this will give the various versions of the A3 Sedan a specific signature. In other words, different near-future model variations of the A3 Sedan will get distinctive daytime running lighting signatures

The Audi A3 Sedan boasts an improved drag coefficient (Cd) value of 0.25, 0.04 Cd points lower than the predecessor model. This is thanks to two electrically actuated louvre modules behind the Audi Singleframe grille, regulating the flow of air into the cooling radiators. In addition, the panelled underbody, the aerodynamically improved exterior mirrors, and the active brake cooling ducts help reduce air resistance.

Inside, the driver-focused interior is still very much the same as in the Sportback model. The interior of the A3 Sedan comes with a 10.1-inch touch display as standard. And the 10.25-inch digital instrument cluster is a standard size in the base model. While the 12.3-inch Audi Virtual cockpit plus digital cluster will come in high trim levels and offers three different digital instrument cluster layouts.

The A3 Sedan also comes with the new third-generation MMI infotainment system, boasting a computing power ten times higher than the predecessor. And includes functions such as telephony and the Audi connect services with LTE Advanced speed, and also has an integrated Wi-Fi hotspot. In addition, Apple Car Play and Android Auto are available in the new MMI infotainment system.

In European markets, the MMI Navigation plus offers a multitude of Audi connect services as standard, including online traffic information, news, and additional information such as photos, opening times, and user reviews relating to points of interest. 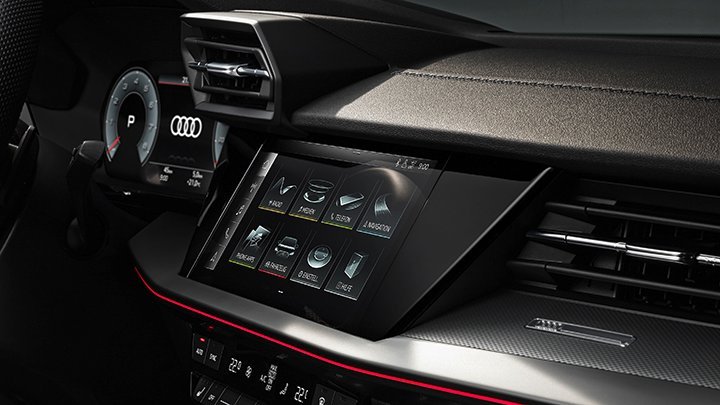 Moreover, the Car-to-X services that make use of the collective swarm intelligence from other Audi cars. For example, they report hazardous areas or speed limits to other Audi vehicles or find free parking spaces nearby. When the car is switched off, the myAudi app resumes navigation from the car on a smartphone.

Other notable interior features in the Audi A3 Sedan is smartphone wireless charging, smartphone NFC vehicle access via Audi connect key, and the Amazon Alexa voice assistant will be included in the middle of this year. 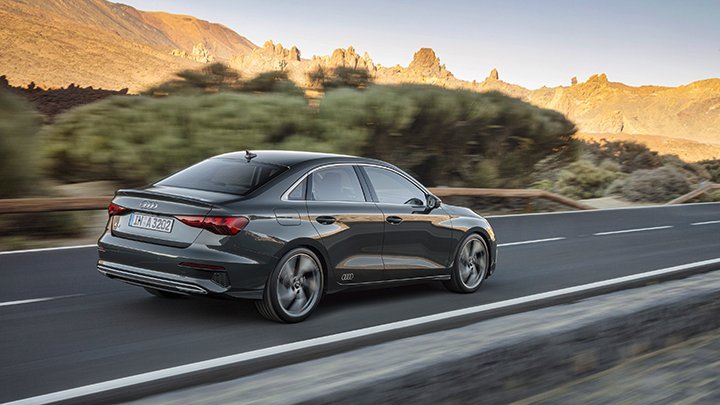 Similarly with the Sportback variant, the Audi A3 Sedan will come with three engine variants:

All engine options will come with a newly developed six-speed manual transmission and a seven-speed S tronic dual-clutch automatic transmission.

Besides having cylinder deactivation, – the cylinder on demand system deactivates two cylinders in four-cylinder engines when driving under light engine loads – the S tronic dual-clutch transmission comes with a 48-volt mild-hybrid system that supports the engine with an additional 50 Nm of torque when driving off or accelerating from low engine speeds. Also, this allows the A3 Sedan to coast with the engine switched off. Audi claims the mild-hybrid system reduces fuel consumption up to 0.4 L/100 km. 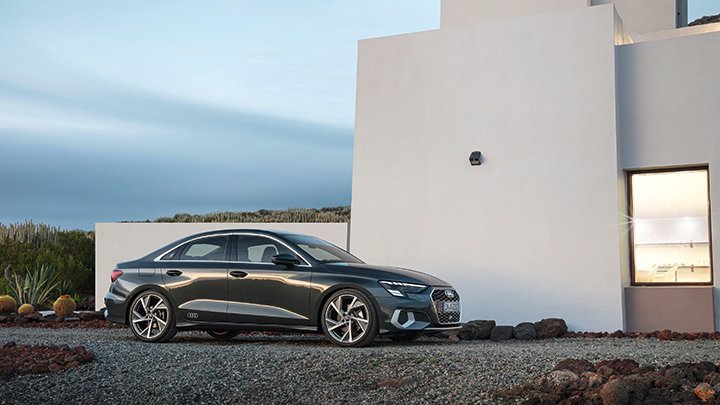 The suspension of the Audi A3 sedan is said to be optimised to combine sporty driving and ride comfort. The Audi A3 Sedan will come with sport-oriented suspension and an adaptive suspension system as an alternative to the standard setup. Through the Audi drive select system, drivers are able to choose different driving characteristics, be it economical, comfort or the much firmer setting for sportier driving characteristics. 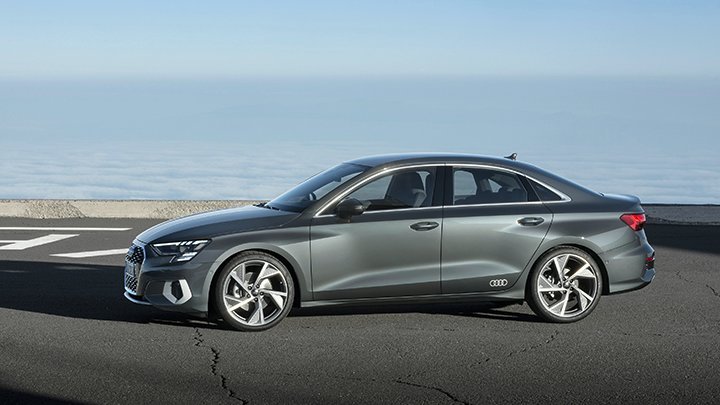 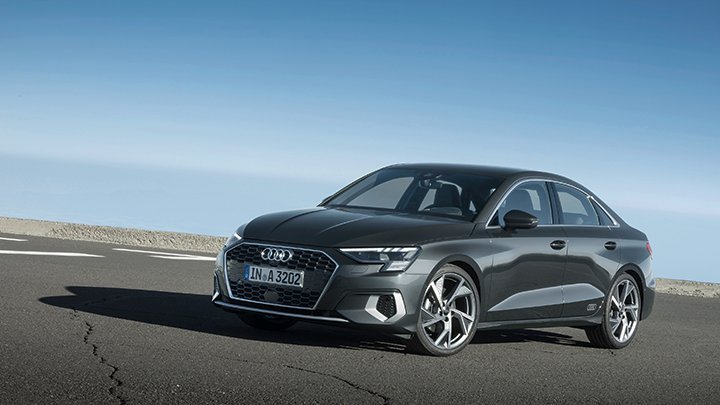 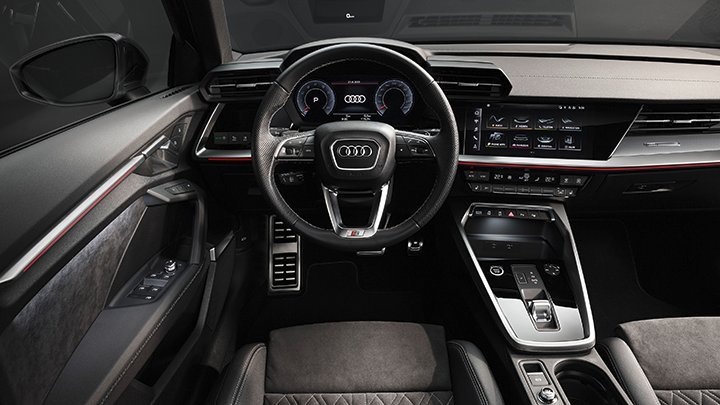 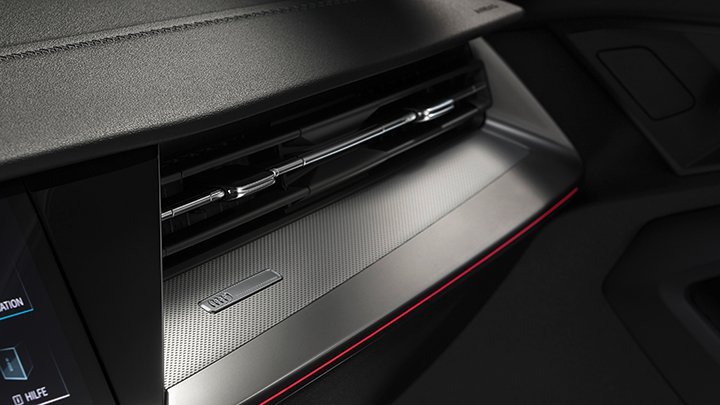 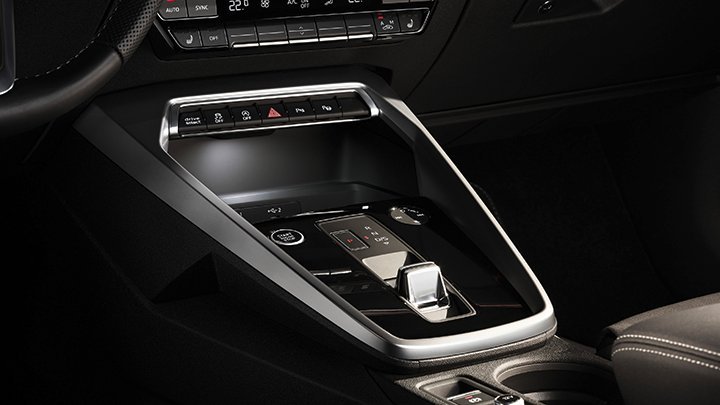