Toyota and Hino have agreed to jointly develop a heavy-duty fuel cell truck and then use it in the real world through verification tests and other means. The two companies have declared to reduce CO2 emissions from new vehicles by 90 per cent (compared to 2010 levels).

This is possible with developing electric vehicles for widespread use, and this does not just have to be cars alone. Toyota reckons that further CO2 emission can be reduced further by improving the emissions of heavy trucks, which accounts for about 60 per cent of the total CO2 emissions from commercial vehicles in Japan.

Both companies opted hydrogen fuel cells as it is the optimum powertrain which can provide zero emissions as well as providing range and load capacity, which traditional diesel engines could. Moreover, hydrogen is energy-dense and allows fast refuelling as goods need to be at places on time. 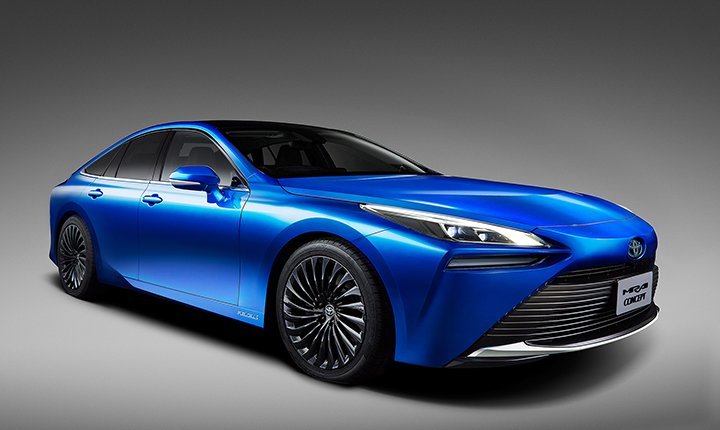 Based on the Hino Profia heavy-duty cab-over truck, the fuel-cell truck is fitted with two Toyota fuel cell stacks that have been newly developed for the upcoming second-generation Mirai sedan. The fuel-cell-powered Profia is also fitted with a specialised vehicle driving control that applies heavy-duty vehicle technologies developed by Hino.

Power is stored in a lithium-ion battery, which feeds power to an AC Synchronous electric motor capable of lugging the fuel-cell truck’s 25-tonne total vehicle weight around. However, Toyota and Hino did not disclose its power and torque output.

The range is estimated at approximately 600 km, which in the Malaysian context, the fuel-cell truck is able to travel from Ayer Hitam, Johor, all the way up to Pulau Pinang. Moreover, with fitted a 70MPa hydrogen fuel tank onboard, the fuel-cell truck could, in theory, be refuelled in minutes and make the return trip back.

Toyota and Hino see hydrogen as an important energy source in the future, and we will probably see more fuel-cell trucks from both companies in the future.

If the Vellfire isn’t big enough, then Toyota’s upcoming GranAce will take eight in the lap of luxury. There’s no doubt that many current Toyota Alphard and Vellfire owners get theirs through grey imports. And […]