Porsche has launched the 992-generation 911 Turbo S, and if you have missed the official live broadcast on Porsche’s YouTube channel earlier this evening, here are some of the highlights of the seventh generation Turbo 911.

Speaking of which, the engine is the larger capacity version of that in the 911 Carrera. It features a redesigned charge air cooling system, new and larger VTG turbochargers in a symmetrical layout with electronically adjustable wastegate flaps, as well as the use of piezo injectors. 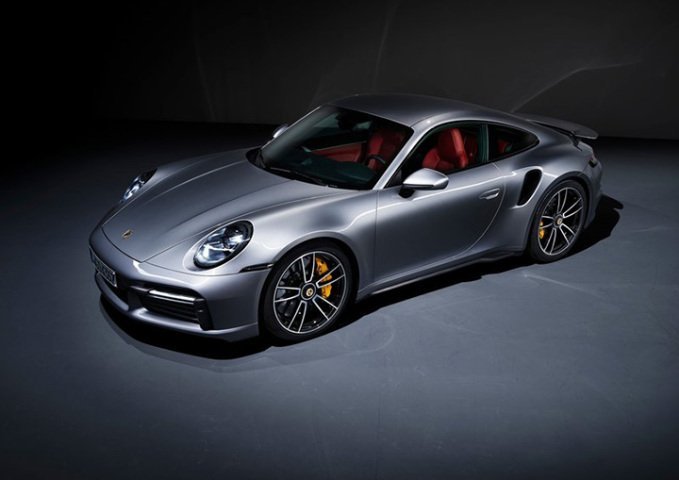 With the new intake layout, the new 911 Turbo S has four air intakes with larger overall cross-section and lower resistance. The symmetrical turbochargers with variable turbine geometry (VTG) now rotate in opposite directions on the right and left sides of the car. Also, the diameter of the turbine wheels has been increased by five millimetres to 55 mm, while the 61 mm compressor wheel is now three millimetres larger. In addition, the wastegate flaps are electrically controlled with stepper motors.

Mated to the engine is a Turbo-specific 8-Speed Porsche Doppelkupplung (PDK) gearbox which sends power to all four wheels. This results in a performance figure in the shape of 0 to 100 in 2.7 seconds (0.2 seconds quicker) with an unchanged 330 km/h top speed. Moreover, the Porsche Traction Management (PTM) all-wheel-drive system’s transfer case can distribute up to 500 Nm to the front wheels.

The new 911 Turbo S is identifiable with its characteristic dual front light modules as well as standard LED matrix headlights with dark inserts. Also, the redesigned pneumatically extendable front spoiler and the larger rear wing deliver 15 per cent more downforce and will function as an air brake as well. The new look at the rear is completed by rectangular tailpipes in high-gloss black.

The interior still remains the same as in the 911 Carrera. The 911 Turbo S comes with 18-way adjustable sports seats featuring diagonal stitching which pays homage to the type 930 911 Turbo. In addition, high-quality graphic elements and logos in the instrument cluster complete the differentiating features.

For the Singaporean market, Porsche Asia Pacific announced that prices of the 911 Turbo S Coupe starts from 924,488 SGD, and the Turbo S Cabriolet starts from 990,188 SGD. Both of which includes VES fee/rebate, GST and excludes COE. Also bundled is a 5-year free maintenance and warranty package.

There is no announcement of prices and availability for the Malaysian market as of yet.