With access to gigabyte processing speeds, improved hardware as well as the continued development of physics engines and graphics, can Sim racing replace real-world driving?

Can Sim racing replace real-world driving? The answer is pretty obvious. But if a simulator is able to translate real-world data directly to the gaming racing wheel attached to your table and through your eyes, does this mean that you’re driving the real thing?

Us Millennials experienced the transition from living in a mostly analogue life to one that is digital. While most middle to upper-income households would have at least a video game console, having a personal computer (PC) at home was a thing in the early 1990s. The latter seems to be a more sensible choice for many parents at the time, where things like CD-ROM encyclopedias and the internet would help us children learn more things.

Granted, we’ve learned quite a lot of things, however, what interested us most at the time are the video games. Titles such as Need For Speed, Wipeout, and arcade titles like Daytona USA and Sega Rally made up most of our early teenage years. For most kids, they ended there.

While there are the very few of us who crave for realism; thanks to pirated CD software peddlers – though we don’t condone piracy – brought us niche titles such as Grand Prix Legends and rFactor opened a whole new perspective to driving enthusiasts like myself. Things like how it was demonstrated vividly as to how tyre pressures and brake temperatures can affect how a car drives depending on how to drive it.

For me, this opened a whole new window as to how a vehicle works and operate, especially racing cars.

Today, Sim racing is a thing. As Gran Turismo – a Sony Playstation exclusive title – grew in popularity thanks to the diverse choices of cars featured in the game, auto manufacturers realised that this is another way of exposing their brand to a wider audience. Likewise, the big car brands have now embraced Sim racing as part of their marketing initiatives.

Gran Turismo had shaken things up in a way because there was nothing like anything before; players were able to experience and learn how a car drives. Like instead of pressing the accelerator and riding against the wall, in Gran Turismo, you had to learn when to brake and accelerated in and out of the corner. While having a virtual garage full of relevant and relatable Japanese Domestic Market cars does give a sense of ownership to players.

However, Gran Turismo has its worthy rivals with equal amounts of fans and critiques. However, not all titles have the opportunity to get licencing from certain brands from letting producers feature their cars in-game. Sometimes, this is due to long-running executive licences, like the one between Electronic Arts and Porsche.

Although it is not known about how and what things go between the car manufacturer and the game developer, it is known that car manufacturers share a limited amount of data of their cars. Stefano Casillo, Co-Founder of Kunos Simulazioni shared that some manufacturers do offer plenty of support while others don’t. But having existing data available at their disposal, it is all about filling up the blanks. Also, having an office in a racecourse does have its own benefits!

And for Assetto Corsa, having a base that translates real-world data straight to the simulator, this brings the driving experience a lot closer and gives a taster of what a car should drive in the real world.

Speaking that, Sim racing developers also need to get licensing from race track owners, not only to get the rights to put it into the simulator but also access to model the track in 3D and to collect images and assets to put it all together. And these days, game developers laser scan tracks down to the smallest detail. This means that players can drive existing cars and on any track at any given time or weather conditions. All in the comforts of home.

This also means that professional race car drivers can train on specific tracks or cars weeks or days before the real thing. Don’t just take it from my own words, but Sven Müller and Porsche Esports Supercup champion Joshua Rogers’.

From a motoring journalist’s point of view, Sim racing has helped me hone my driving skills. Though I may not be the fastest driver, the experiences gained can be used in the real world both on- and off-track through countless mistakes made in the sim.

However, Sim racing can re-create or allow you to create unlikely scenarios like driving a 1970’s sports car on a period-correct race circuit. Or, take the 2016 Porsche 911 R around the full 1967 Monza circuit to recreate the 96-hour record run in Assetto Corsa.

With all that said, can Sim racing replace real-world driving? No, but yes. Though it still cannot replicate real-world complexities faithfully such as climate, and there is no way (yet!) of replicating the sensation of g-forces acting upon your body in the simulator, even just being in the car itself.

Yes, it is because the closest you’ll ever get to that is to invest in five-figure sum motion rig or investing in a VR headset – as long you’re not susceptible to motion sickness. However, the level of immersion can go one step further when haptic technology becomes more sophisticated and cheaper to produce. 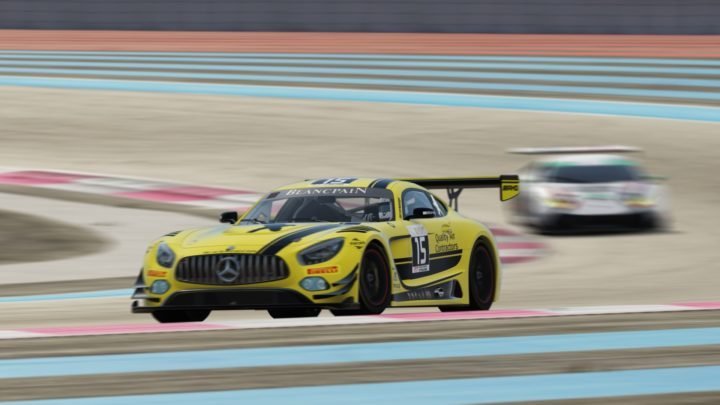 Although it cannot possibly replace real-world driving, Sim racing is a world of its own; where cars can live on and be driven minus the harsh realities that come with them. Also, Sim racing democratises motorsports by allowing drivers to race against each other without any repercussions or hefty costs, while big brands are able to scout for new talents to drive and win championships in the real-world. It may not be able to replace the real thing, but it can get you there.

Proton R3’s all-women team crossed the line in a respectable 7th overall in the grueling Sepang 1000km endurance race. Motorsports was once seen as a male-dominated domain. However, women’s participation in the sport has always […]