Alfa Romeo has unveiled its latest performance-focused model, the Alfa Romeo Giulia GTA. And, it is the spiritual successor to the original Giulia GTA from 1965 to 1971. The new performance-oriented compact executive four-door saloon boasts 533 bhp and 100 kgs lighter than the range-topping Quadrifoglio V6 model as well as carbon fibre parts. Lots of them. In addition, there are two trims levels; the street-legal GTA and the track-focused GTAm.

Limited to only 500 units, Alfa Romeo Giulia GTA is as performance-focused as the Porsche 911 GT3 RS, which the GTA is built on the principle of the original. The bodywork features trick aerodynamic elements such as the new aero-optimised front carbon fibre bumper with winglets. 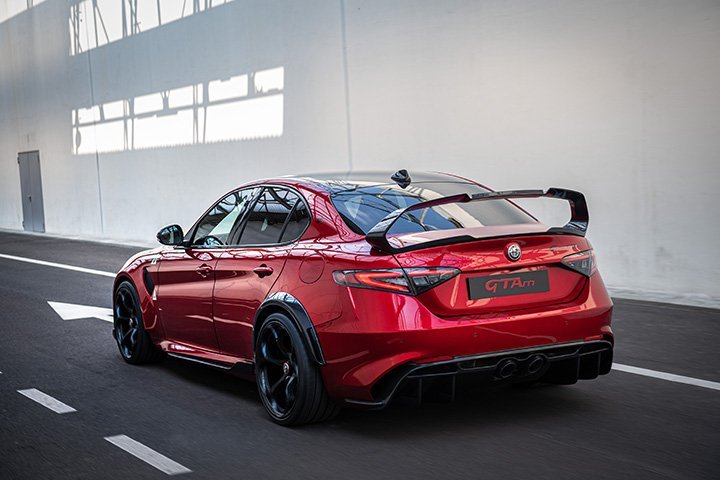 Moreover, there are Sauber Engineering side skirts, carbon fibre rear diffuser and titanium Akrapovic exhaust system. Plus, the carbon rear wheel arches are a nice touch. Other notable features are the Quadrifolio and Autodelta decals as well as the Italian flag on the side mirror caps.

But also, what sets the GTA and GTAm is that the former is fitted with a carbon fibre rear ducktail spoiler, a shorter front splitter and four full seats. While the latter comes with two front carbon fibre bucket seats, Sabelt six-point safety harnesses, a rear-mounted roll cage, and a fire extinguisher. In addition, the GTAm comes with a Sauber Engineering designed rear wing spoiler. The GTA’s track has been increased by up to 50mm to make room for the single nut 20-inch alloy wheels, a first for the company. Moreover, the GTA models come fitted with Brembo carbon-ceramic brakes as standard. Also, the GTA is fitted with new springs, shock absorbers, and suspension new bushings to improve handling.

Inside, nothing has been changed drastically, however, the top half of the dashboard is covered in Alcantara with red contrast stitching, and with what appears to be matte carbon fibre trim inserts, as well as red pull straps to open the doors.

The glass rear door windows and rear glass have given way to light-weight and shock-resistant Lexan windows and judging from the photos, they’re heavily tinted. All in all, the weight savings is 100 kgs over the standard Giulia Quadrifoglio, which the GTAm weighs the scales in at 1,520 kgs. 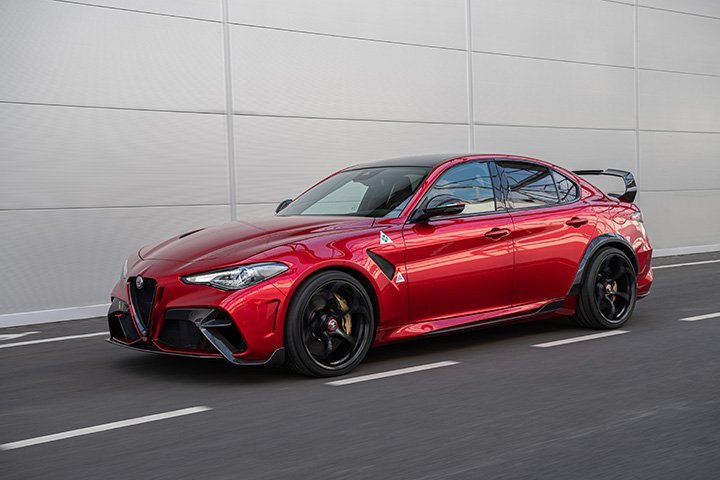 Under the hood lies the F154 2.9-litre twin-turbocharged V6 engine which makes 533 bhp. The GTA sprints from 0-100 in 3.6 seconds, and boasting power to weight ratio of 2.82 which its performance potential is placed within the supercar league. Though Fiat Chrysler Automobiles remained mum on its torque figures.

If you do fancy of owning one, pre-orders open today and customers will be engaged in a one-to-one sales process. The GTA will come with an ‘Experience Pack’ which includes customised racing overalls, a Bell open-faced helmet with specific GTA livery, and a Goodwool car cover. Moreover, customers are invited to attend the Accademia Di Guida, Alfa Romeo’s driver training course.

New body and enhancements, new engine, new 8-speed gearbox and new rear axle differential  The Mercedes-AMG GLA 45 has been of the company’s best selling models since its first debut in April 2013. And now, […]

Aston’s homemade new engine features a hot-vee design and will be paired with an electric drivetrain. Aston Martin has revealed its new in-house 3.0-litre twin-turbo V6 engine. The first to adopt this engine is the […]