The Mercedes-AMG GLA 45 has been of the company’s best selling models since its first debut in April 2013. And now, there’s a sequel to the GLA 45 story. Announced today, the second-generation Mercedes-AMG GLA 4Matic+ high-performance compact crossover SUV now comes with the new M139 turbocharged four-cylinder engine, as well as the new 8-speed automatic transmission. Moreover, it gets a trick new rear differential.

Everything about the gen-2 GLA 45 is all about driving. And like most AMG models, the Mercedes-AMG GLA comes in two trims, the base 45 and the 45 S. Both of which makes two different power outputs, respectively making 382 bhp and 415 bhp. Performance-wise, both cars aren’t too far off. The base 45 goes from 0-100 km/h in 4.4 seconds, while the 45 S does it in 4.3 seconds. The top speed for both cars, however, is electronically limited to 250 km/h. 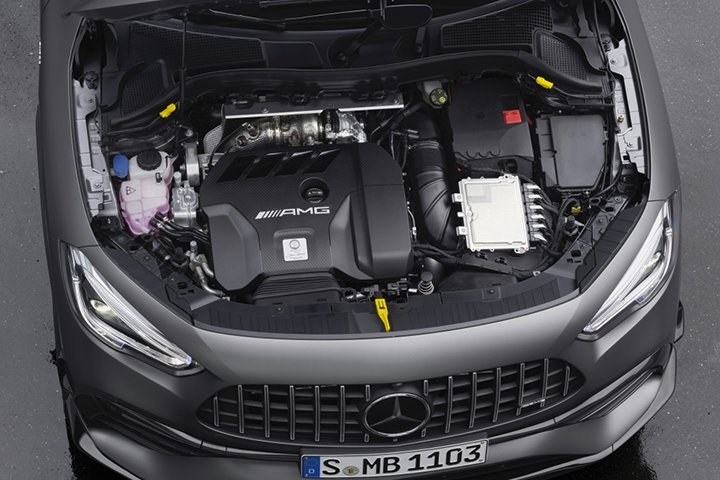 The new engines now have its exhaust ports facing rearwards, and intake facing forward as opposed to the older four-cylinder engine. This improves air ducting with shorter distances and fewer diversions. This not only improves engine response but also help to make the engine packaging more compact. And like all AMG engines, the new engine is also assembled by hand in the AMG engine production facility in Affalterbach.

The new engine is mated to a new 8-speed AMG Speedshift DCT 8G dual-clutch transmission. Mercedes-AMG says that the ratios in the new DCT gearbox are geared for acceleration and spaced for fast shifting. Moreover, the gearbox also comes with the ‘Race-Start’ launch control function. And will accommodate the ECO start/stop and “gliding” functions as well.

Transferring that much power to all four wheels while providing drivability is not an easy feat. The 4 Matic+ all-wheel-drive system features an electromechanical centre differential which divides power to the front and rear wheels. This is dependent on the driving speed, lateral and longitudinal acceleration as well as the steering angle. But also, the difference in rotational speed between the individual wheels, the gear selection and the accelerator position. 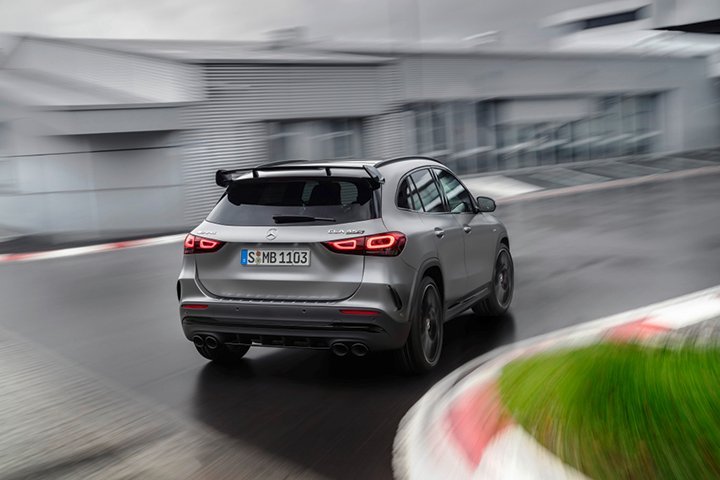 Besides the drivetrain, the body has seen revisions as well. The body shell is extensively reinforced with a lightweight aluminium plate bolted underneath the engine to increase the front end torsional rigidity. In addition, diagonal struts at the front and rear of the underbody further improve rigidity. The result as according to Mercedes-AMG is that the GLA 45 now sees reduced longitudinal and lateral-torsional movement. Thus less rolling and pitching motion during cornering, braking and load changes.

Moreover, the suspension components have been thoroughly revised as well. The front McPherson layout now features a new axle geometry for reduced torque steer, and new aluminium wishbone to reduce unsprung mass. The brake callipers are radially bolted for added stability, and the front axle carrier is rigidly attached. Likewise, the 4-link rear suspension is rigidly connected to the body via a rear axle carrier. 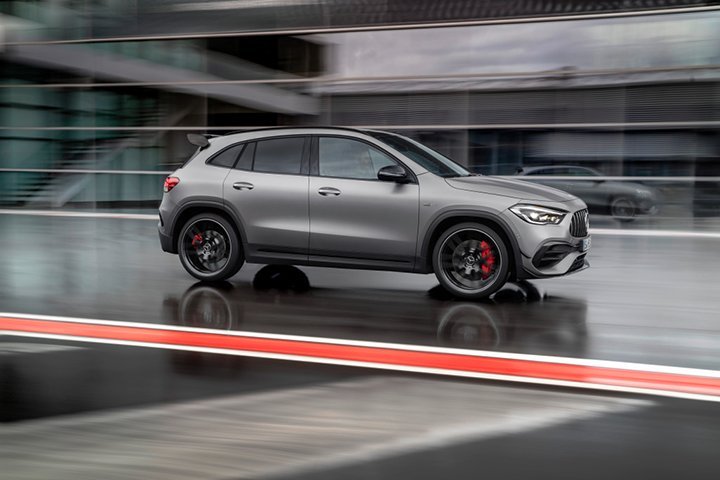 Other noteworthy new features added to the second-generation Mercedes-AMG GLA 45 models are the variable-ratio steering wheel, MBUX infotainment system with AMG specific functions, as well as AMG Track Pace and the AMG Performance steering wheel with steering-wheel buttons in the S model.

Technical data at a glance 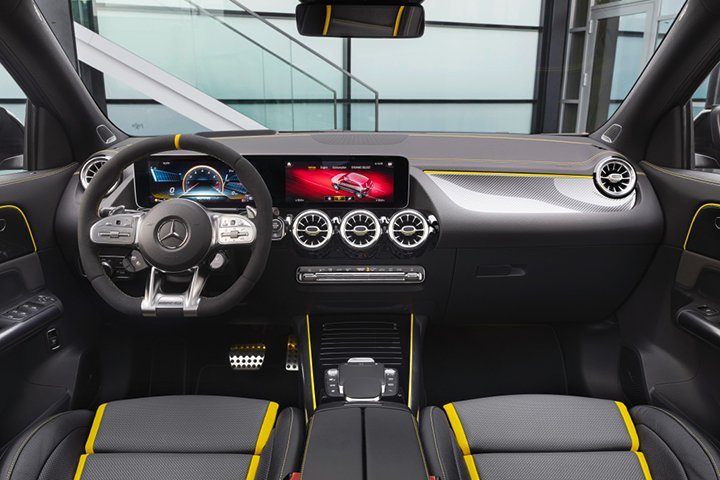 The exterior of the new GLA 45 features many of the AMG’s styling features such as the powerdomes and the AMG-specific radiator grille with the vertical slats. This is flanked by LED High-Performance headlamps. The car’s stance is enhanced by the flared wheel arches and large air intakes with silver chrome inserts. The front splitter optimises airflow and thus aerodynamic performance.

The GLA 45 S is distinguished by larger oval exhaust tailpipes with a diameter of 90 mm. The diffuser with four vertical fins contributes to the enhanced aerodynamic performance. While the airflow break-away edge on the roof spoiler rounds off the profile to the rear.

The 2019 Audi Q3 may be based on Volkswagen’s MQB platform, however, everything above that is completely different Audi is officially back in Malaysia, and not just with the Audi Q3. In fact, the whole […]

The 2019 Perodua Aruz AV surprisingly offers build quality of that in cars that cost more while providing a worry-free driving experience Perodua is a brand synonymous with affordable and cheerful cars, and for many […]