BMW is the brand for people who prefer being in the driver’s seat. But what about the G12 BMW 740Le xDrive? Is it still a car made for driving?

Premium full-size luxury cars like this G12 BMW 740Le xDrive is one of the few cars often seen ferrying individuals in positions of power daily. Understandably, running a Sendirian Berhad or Private Limited is no easy feat especially having to make tough decisions which can make or break a business. Surely, driving would be the least of your priorities.

But what if being chauffeured around in your BMW 740Le xDrive isn’t your thing? Yes, the fact that there are people out there who rather take the wheel themselves or felt that the car is too nice to be given to someone else to drive. And judging from the launch film they’ve made, BMW surely knows its audience pretty well.

This is unsurprising because BMW has and always been the carmaker with drivers in mind, which the 740Le is not an exception to the rule. It has all of the latest techs you can expect from a car this calibre which not only make driving far less of a chore but also very comfortable and convenient.

One of the hardest things to ignore is the 740Le’s dimensions: 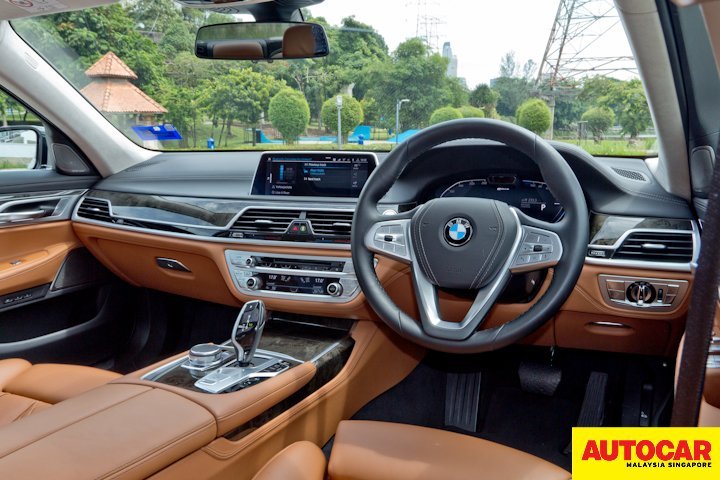 It is a big car because the BMW 740Le is all about luxury, refinement, isolation and sublime comfort. But yet, the 7-er is a very drivable car thanks to its ergonomics. The view ahead is clear without any issues of placing the car on the road be it on the highway or through an alley — even despite this writer’s eye level is right at the top of the instrument binnacle — while the 10.25-inch touchscreen doesn’t intrude the driver’s line of sight.

The Head-up display is generously sized and remains legible despite glare. Also, the interior layout is clean and distraction-free with many of the control buttons and dials arranged in designated zones.

Moreover, the new BMW Operating System 7.0 is straight forward and easy to use. Connecting a smartphone via Bluetooth only took three easy steps, while the user interface is clean and organised. Moreover, gesture control and voice command are extra options to access the car’s features and functions. 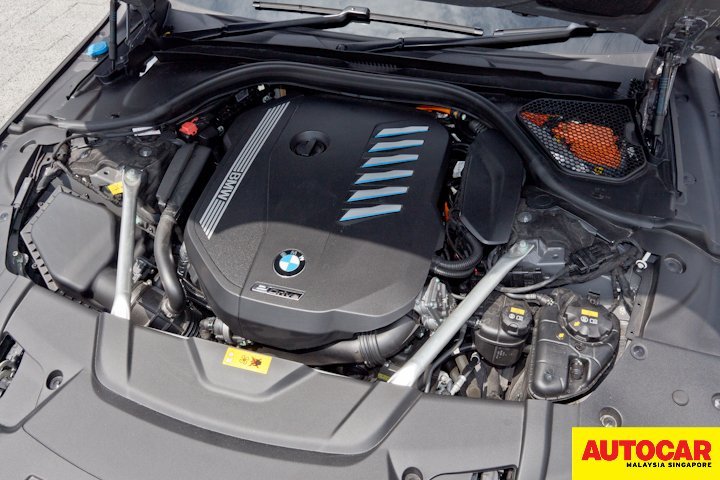 Under the bonnet lies the 2,998 cc BMW TwinPower Turbo in-line six-cylinder engine which makes 278 bhp at 5,000 rpm and 450 Nm of torque at 1,500 rpm. Coupled with the engine is a 111 bhp and 265 Nm electric motor which is fully integrated into the eight-speed ZF gearbox, which drives all four wheels.

Thus, combining the two drive units makes 389 bhp and 600 Nm of torque. Equally important is the 12 kWh battery which is good for 46 km electric-only drive on a single charge. Perhaps if there are destination chargers at home and the office, the 46-litre fuel tank should last you for quite a while.

Undoubtedly, the BMW 740Le is what you can expect from a full-size premium luxury car, minus the razzmatazz. And despite its intimidating looks, the 740Le is quite an accommodating car to drive on the road, both normally and spiritedly. For instance, in ‘Electric’ and ‘Hybrid’ drive modes, the 740Le ride is supple, gentle and compliant from its adaptive two-axle air suspension with automatic self-levelling. Which the ride feels akin to sailing on calm waters. Equally, the transition between the petrol engine and electric motor is imperceptible, almost unnoticeable.

While in ‘Sport’ the ride becomes firmer with minuscule body roll. Also, the latter drive mode makes the throttle sharper and the gears stay around for much longer. In addition, the electric motor works in tandem with the engine to deliver full system output on demand. As a result, the BMW 740Le can pull its two-tonne mass passing slower vehicles effortlessly with the gears with seamless gearshifts. Interestingly, the 8-Speed ZF automatic transmission’s control unit takes in GPS navigation data when selecting gears — a feature first introduced in the 2013 Rolls Royce Wraith. Thus, ensuring that the car is always in the right gear at the right time on every turn or bends, and anticipate engine braking when approaching junctions. Likewise, camera and radar data are used to optimise the Auto Start Stop and coasting functions. 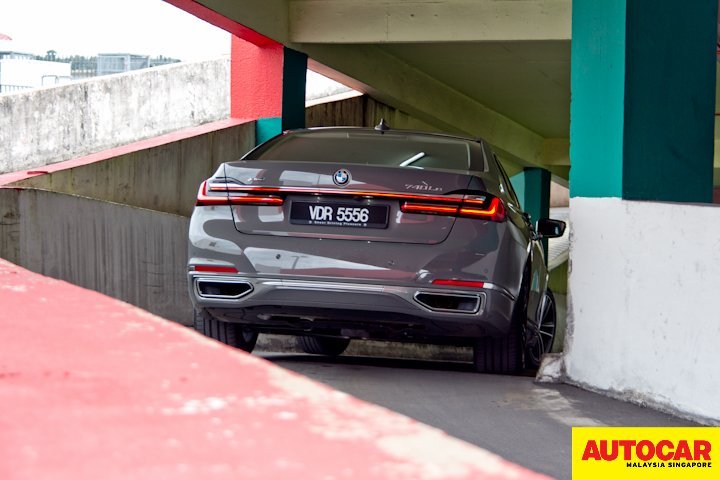 However, you may have to pay extra attention when driving through tight paths, especially keeping in mind of the wider rear end. The proximity sensors do their job well, but the only time the warning tones turn up is when the car is uncomfortably near to a wall or an object.

Besides that, conveniences features such as Driving Assistant Professional, Park Assist and Reversing Assistance do menial tasks like crawling through heavy traffic autonomously, parking the car for you and automatically reverses the car for you are very useful features, especially if you need to make final preparations before arriving at the next destination. 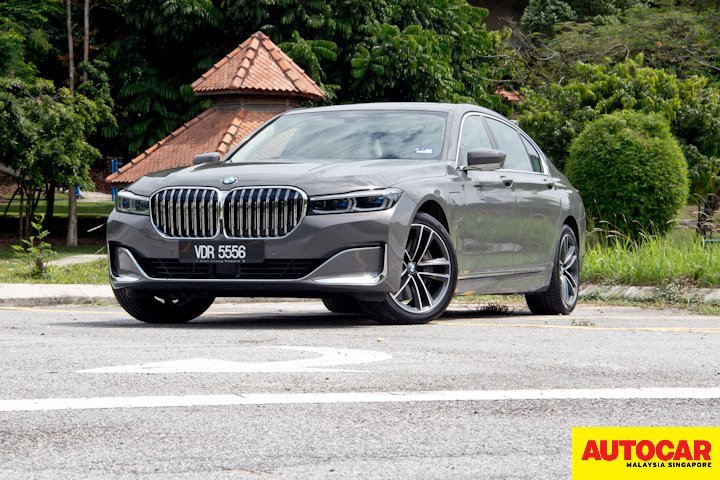 Of course, the BMW 740Le works in both contexts. In conclusion, it is a car that still needs to be driven, and for drivers that want the agility and finesse will be able to enjoy, without sacrificing comfort and luxury.

Tester’s Note: It is a car that turns a lot of heads, especially in Bernina Grey you see in pictures. Moreover, being CKD and a plug-in hybrid while laden with the latest tech and conveniences makes the BMW 740Le xDrive quite an appealing car to own and drive considering that it is priced under RM600k.

With improved build quality and refinement, the up-sized Subaru Forester takes on Malaysian roads like a champ. The 2019 Subaru Forester’s Malaysian debut has been a long-awaited one. Six months after its global debut at […]