The Bentley Bentayga was the grandest, fastest, most expensive SUV in the world when it launched in 2016. In 2020, is it still? 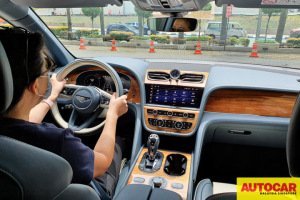 At what stage should a facelift be described as an all-new model? One manufacturer changed every body panel, introduced a whole new line-up of engines and features and called that a midlife refresh while another changed the appearance of several generations, and brazenly called each one “all-new”.

The 2020 Bentley Bentayga is described as updated but it bears little resemblance to its 2019 self. It had an old world presence before, it’s a downright rakish charm now. Gone is the stately chariot look of the first Bentayga which had a check list of expectations to fulfil as the marque’s first SUV. It had to appeal to existing Bentley buyers, prove it was a far grander alternative to the Ranger Rover, and show off superlative engineering feats worthy of the Bentley name.

The Bentley Bentayga became the must-have SUV for every billionaire when it launched in 2016. The first two year’s production volume sold out in advance even before the first car had been driven. It was the most expensive, most luxurious SUV in the world at £160,000, before options. In 2019, the Bentayga made up 45 per cent of Bentley’s global sales.

Since then, traditional Bentley buyers have become thinner on the ground and the competition pool has grown. Land Rover’s SVO division has expanded and Lamborghini, Maserati and Rolls-Royce have all got SUVs in the market. In August, Aston Martin finally launched their SUV, the DBX. For the Bentayga, it was keep up or risk losing its crown as the King of SUVs.

The list of improvements has been extensive: aesthetics, comfort, the latest versions of driver assistance systems and new matrix headlamps. Finally, ramp up the exclusivity possibilities: there are now even more personalisation options.

The line up has also been updated. The V8 with the eight-speed automatic gearbox is the new top-of-the-range. The W12 is still available but in the Bentayga Speed which will be introduced later along with a V6 hybrid base model.

The 2020 Bentayga has a more contemporary look and is distinctly different from the old Bentayga. Bentley cast off the upright lines of the old Bentayga and changed almost every body panel. The new car looks wider and lower. That’s part optical illusion and part engineering. The most visibly different are the crystal-style elliptical LED matrix headlights that brings the Bentley family together design-wise, bigger matrix grille, wider front spoiler and elongated flying-B side vents. The wheels have also been repositioned, pushed outwards, 10mm in front and 20mm for the rear. The rear lights are also elliptical and set entirely within the tailgate which opens the full width of the body, wrapping around the side of the car. The number plate panel has been moved lower and is flanked by elongated parallelogram rear reflectors. The lozenge exhausts have been replace with twin elliptical tailpipes. There are also new wheel designs exclusive to the Bentayga.

The cabin has been redesigned for improved comfort and practicality – not that it was uncomfortable or impractical before. The style remains signature Bentley: chrome, organ stop pulls, quilted leather with micro-piping and of course, wood veneer. A wide single wing-like chrome-trimmed vent, replaces the twin bulls-eye centre vents. The mother-of-pearl and diamond Breitling clock pictured is an option. The steering wheel design is also new, to accommodate finger-tip controls for the new digital features.

Behind the genteel charm of the Bentayga hides practical modern technology and personal convenience. The analogue instrument clusters are now a customisable digital driver information panel on a 10.3-inch screen. There’s a new 10.9-inch infotainment screen for the upgraded infotainment system which includes Wireless Apple Carplay. There’s Navigation but you can have Waze too. Android Auto is available along with My Bentley in-car and remote connected car services. The bank of chrome-rimmed dials and buttons have touchscreen adjustments for creature comforts like temperature and aircon fan speed. You can charge your phone effortlessly on the wireless charging pad, with signal booster, installed by the gear console along with a side pocket to stow small items. The charging points are USB-C.

To increase legroom and give a a wider range of recline angle for the rear seats, new seat frames and new seats were installed. The seats look more like sports seats now with better all-round bolstering especially across the shoulder area. Knee room in the rear has increased by a massive 100mm for the four-seater configuration. There are new cover designs, contrast stitching and hand cross stitching styles. Also cooling and heating has been added to the seats. The five seater is now the default configuration with four and seven available as options.

For those in the rear, the new five-inch touchscreen tablet now controls more features to create the perfect environment: not too bright, not too hot nor too cold. Perfect for the Goldilocks in all of us.

Perhaps oxymoronically, the big, fossil-fuel consuming SUV is eco-friendly(-ish). Wood veneers from sustainable sources, including the koa wood in our car, and and also the option of a new recyclable interior finish, aluminium, albeit: diamond polished 3-D quilt-effect aluminium, for the doors and dash.

Also, not that this would be an overwhelming concern to a Bentley buyer but the Bentayga is fuel efficient. It’s capable of shutting down from V8 to a four-cylinder to reduce consumption as well as emissions. In real life terms, over the course of the week, the round trip between the Bentley Showroom by KLCC and Ipoh, with detours in between, took 50-55 litres for each return journey. The Bentayga has an 85-litre tank and it is a 2.4 tonne palace on wheels.

The chassis set-up, all-wheel drive system and suspension haven’t changed, just the power trains have been shuffled around. We put the drive setting into Bentley Mode and left the Bentayga to adjust itself to driving conditions. It was a blazing hot and sticky 37ºC outside, but the triple glazed glass kept it a world away.

Some cars are made to be driven, others are better to be driven in, especially when faced with no-glam menial tasks like parking. The Bentayga is both. Driver enjoyment hasn’t been blunted for passenger comfort but being a passenger isn’t relegation to a G-force hell of being tossed around like a potato in a bag. Every seat is a sweet spot. This is a car you’d own to drive yourself and can enjoy every moment of the engaging feedback and responsiveness because the air suspension and continuous damping from the 48-volt active anti-roll bars separate the passenger’s experience from the driver’s. There is an incredible sense of luxury about being driven in a car that is being driven to the nth yet still feels so serene.

It was very easy to forget that this was a very big SUV with a high centre of gravity because it didn’t move like one. It accelerated effortlessly and the body moved with a crispness that made it feel as compact as a hot-hatch. With the new wider rear track, the traction was like suction: it hunkered down and gripped the road, especially when rounding corners. The Bentayga cabin was also quiet enough to be lulled into a false sense of lack of speed.

Is the Bentley Bentayga still the King of SUVs in 2020? The crown still glows. 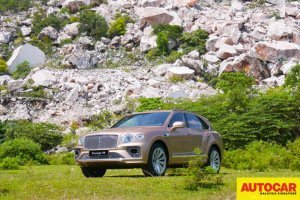 The new Bentley Bentayga V8 we drove was a pre-production left-hand drive unit. We wouldn’t usually get to drive a pre-production car this far from Crewe so this was a rare treat. In place of the planned international media drive, Bentley Motors shipped three pre-production units to the media around the world instead. One came to Asia. Malaysia was its first port of call which is how we came to drive one just six weeks after the global launch.

Our car was kitted in Mulliner Driving Specification. The Rose Gold paintwork was paired with almost-white and grey-blue diamond quilted leather on the seats and doors. Full specification list is below. We scrutinised every inch of the car thoroughly because pre-production units usually end up in the crusher. Not a blemish on the paintwork. The body panels, shut lines, interior craftsmanship, electronics and electrics were perfect. The glass is triple glazed. The near-silent cabin was perfect for listening to music from the top-of-the-options 20-speaker Naim for Bentley sound system fitted. 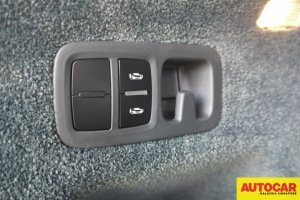 Looking for a Bentley Bentayga? Pre-owned units can be found here

The Honda HR-V is now available with Mugen body kit. The limited edition model is the third Honda model offered with the Mugen package after the Civic Concept Mugen 2.0, introduced in 2006, and the […]

The second generation Subaru XV SUV has been launched in Malaysia The all-new four-wheel drive is an “all-new” full-model change despite its similarity in looks to its predecessor with an all-new direct-injection 2.0-litre,  naturally-aspirated engine […]